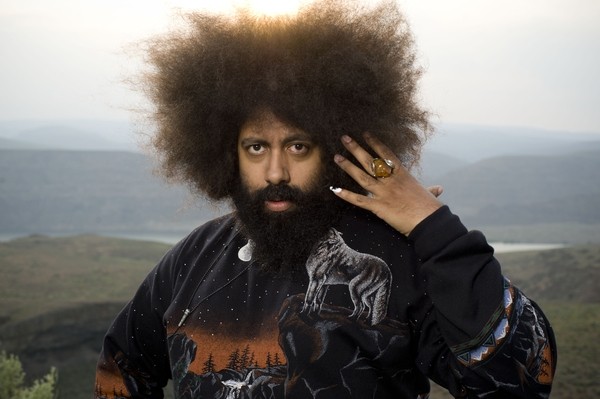 Grab your calendar—the Centerarts schedule is here. Fans of country music have Emmylou Harris and Rodney Crowell as well as Lyle Lovett and John Hiatt to look forward to. Reggae devotees can worship at the well-traveled feet of Jimmy Cliff, and fans of heavy makeup can check out Blue Man Group's antics. From Wynton Marsalis to the Peking Acrobats, there are plenty of hot tickets. Read on for the full press release and schedule.

CenterArts announces a stellar line-up for its 2013-14 Season of performing arts events! The HSU campus will host an exciting schedule of international performers from the worlds of music, dance, and theater, beginning this August through May, 2014. The annual season kicks off with an evening of alternative rock that has a unique blend of ironic lyrics and deadpan brilliance (The New Yorker) when CAKE takes the stage on Thursday, August 22. STOMP returns to Humboldt State University on September 3 and 4 with an explosive, provocative, and utterly unique performance that appeals to audiences of all ages.

In addition, Andrew Bird will pull from early jazz, country blues, and gypsy music to create his unique version of indie-pop on November 18; the hugely popular Zappa Plays Zappa returns on February 1; on March 4 and 5 the Blue Man Group, who are best known for their wildly popular theatrical shows and concerts which combine music, comedy and multimedia theatrics to produce a totally unique form of entertainment, will perform in the Van Duzer Theatre.

For you folk music fans we invite you to hear Lyle Lovett & John Hiatt perform separately and together, in an intimate songwriter-in-the-round performance on November 20; then we welcome you to the weird and wonderful world of string wizard David Lindley on January 18;on January 31 Tommy Emmanuel with Martin Taylor returns to amaze with his guitar work; Ani DiFranco returns on March 2; San Francisco Scottish Fiddlers Featuring Alasdair Fraser perform on April 15; singer songwriter Greg Brown returns on April 25; on May 14th we feature a rare, live duo performance of Bela Fleck & Abigail Washburn.

CenterArts also offers an exciting lineup for those who enjoy world music including the New York Gypsy All-Stars who bring A blast of raucous party music! (Chicago Reader) to HSU on November 1; on February 6 the "samurai percussionists" of Tao: The Art of Taiko! perform; on April 8 the awe-inspiring, 26-member Soweto Gospel Choir performs.

We've got the soul and blues covered when commanding soul artistCharles Bradley and His Extraordinaires appearing on September 6; the Blind Boys of Alabama present their Christmas Show on December 15; True Blues unites three renowned blues musicians; Corey Harris, Alvin Youngblood Hart, and Guy Davis in a special concert on February 15.

The Centennial Speakers Series will highlight Big Ideas in celebration of HSU's 100th birthday. Speakers include Author of The Population BombPaul Ehrlich on October 1; Considered one of the most influential contemporary philosophers alive today, Peter Singerwill give a lecture on October 25;On December 6 award-winning journalist, syndicated columnist, and author of the bestseller The Shock Doctrine: The Rise of Disaster Capitalism, Naomi Klein will speak; Michael Eric Dyson's February 18 speech will eloquently meld scholarly insight with the phenomena of contemporary culture; United Farm Workers of America President Arturo S. Rodriguez will appear on April 14; On April 30th James Balog will present Chasing Ice Live!

For the children in all of us CenterArts presents the awe-inspiringPeking Acrobats perform on January 23, and the classic creation from the award-wining Imago Theatre, Frogz return on March 21.

There's plenty to excite dance fans in the new season including the visionary LINES Ballet on September 12; Grupo Corpo's wholly original style joins modern movement with the complexity of Afro-Brazilian dance, and you can catch them on January 28, If youÕre wondering what the future of contemporary ballet looks like, look no further than the Trey McIntyre Project when they perform on March 25.

The 2013-2014 season offers plenty of comedy including the spectacularly original comedian/musician/performance artist Reggie Watts who spins out riotous, stream of consciousness monologues laced with improvised songs he creates on-the-spot, using only his voice and a looping machine on October 17; experience the Humboldt County debut of The Onion: Live! presented by Second City on December 3; you can join Colin Mochrie & Brad Sherwood of the hit television show Whose Line is it Anyway? on February 22 for a hilarious evening of improvisational comedy based entirely on audience feedback.

Jazz has been called America's greatest cultural achievement, and the CenterArts 2013-14 Season has a great schedule. On December 8 Portland's "little orchestra" Pink Martini returns with what bandleader Thomas Lauderdale calls another "rollicking around-the-world musical adventure"; Hailed as the "the greatest large jazz ensemble working today" (Chicago Tribune), Wynton Marsalis & the Lincoln Center Jazz Orchestra return on March 6; Jazz violinist Regina Carter "creates music that is wonderfully listenable, probingly intelligent and breathtakingly daring, taking the listener into the future of jazz" (TIME Magazine), and you can hear for yourself on April 29.

For those interested in classical music, CenterArts is offering some of the most talented people in the concert world, including an October 8 appearance Gold Medalist of The Van Cliburn International Piano Competition; One of the most imaginative, versatile and constantly interesting pianists today, Vladimir Feltsman will perform on November 15; on February 8 the Venice Baroque Orchestra who have been described as "... one of Europe's most dynamic period-instrument ensemblesÓ (San Francisco Chronicle) performs.

Subscribers to CenterArts" season can receive priority seating and discounts of up to 30% over regular ticket prices. There are specially priced tickets available for HSU students, as well as children. For more information on becoming a CenterArts season subscriber, or to receive a free brochure with a complete listing of the 2013-2014 Season, call CenterArts at 707-826-3928. Information is also available online by visiting the CenterArts website at: http://humboldt.edu/centerarts or find us on Facebook.