Get Your Folk On

To paraphrase Tupac, I didn't choose the folk life, the folk life chose me. If you're in the life, this is your week. The Folklife Festival is on, starting with the kickoff show on Saturday, July 13, at Mad River Brewery, featuring Pilot Rock Ramblers and Chris Parriera from 5-9 p.m. On Sunday, Annie and Mary Day takes over Perigot Park in Blue Lake with puppets, a costumed parade and the stringed throw-down that is the Fiddle Fest. Carbo load at the grange breakfast to prepare for Timber Ridge Boys, the Bret Harte Breakers, Patronus, Guilty Apple and local favorite The Trouble. 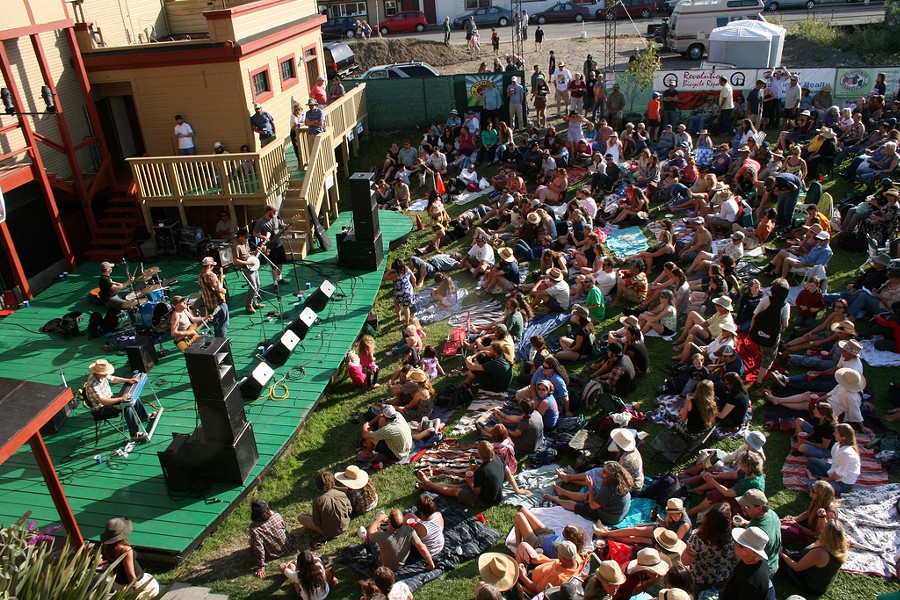 The Carlo brings the folk night after night during the festival ($10, $8 Folklife Society members) starting with Songwriters' Night on Monday. It's a lineup of lyricists including up-and-coming Nevada native Caitlin Jemma. And you know, it's not all broken hearts and dust bowls — folk can be funny, too. The "Humor Me!" musical comedy night on Tuesday from 7:30 p.m. should clear that up with the colorful ladies of the Brendas, as well as local heroes Jackie Dandeneau, Joel Sonenshein and Jeff DeMark.

The Dell'Arte Amphitheater goes country on Wednesday at 6 p.m. with a down-home roster of bands. Among them are twangy fellas Rooster McClintock and winners of the Journal's Best Band award, Huckleberry Flint. Bluegrass Night is up next on Thursday in the amphitheater at 6 p.m. with banjos, fiddles and jugs. Cory Goldman and Colin Vance will be picking and harmonizing, along with the No Good Redwood Ramblers and the Compost Mountain Boys.

Come Friday, swing your partner over to the Arcata Veteran's Hall for the barn dance at 7:30 p.m. ($7, $6 members). The Striped Pig Stringband will be playing for the crowd. Finally, the All Day Festival tops it off on Saturday, July 20, with nine bands on the amphitheater and another nine on the street stage. Dang. La Patinas and the rowdy Gunsafe will be inside along with Twango Macallan, which was cut short by rain last year. Outside, newcomers Sunshine N' Yellabird, Lolonis and Groomin' Charlie take the stage along with Lindsey Battle, whose new CD All Ways in a Good Way just came out.

It's quite a week, folks. Every day I'm fiddlin'.

For the full schedule, check out the Humboldt Folklife Society homepage at humboldtfolklife.org