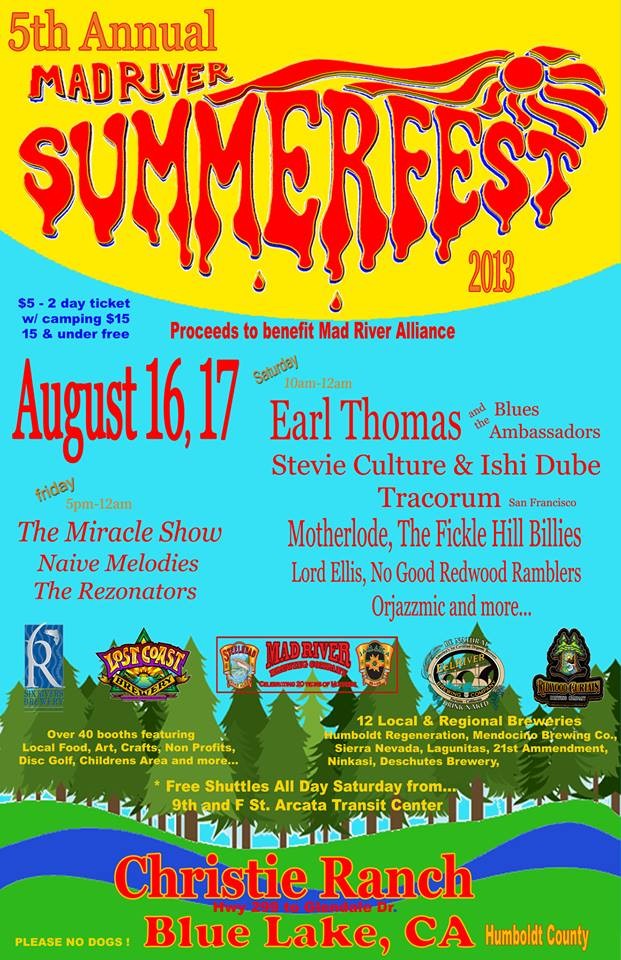 The Facebook page for this past weekend's cancelled Mad River Summerfest reads like a slow car crash. That queasy feeling began with the announcement of a delay "due to logistical issues" on Friday evening at 7:47 p.m., nearly two hours after The Rezonators were to take the stage. Those issues later turned out to be insurance related.

At 10 a.m. on Saturday, with vendors and ticket holders already showing up for the second day of music at Christie's Pumpkins, organizers finally cried "uncle" and posted that the concert was indeed cancelled. Bands scrambled to find alternate venues, and vendors and would-be audience members asked (some rhetorically) how they'd get their money back. While vendors will be paid back, Summerfest organizers announced that they would repay ticket holders with a do-over concert.

At 2:47 p.m. on Saturday, organizers for the two-day event benefiting Mad River Alliance posted the following on the festival's Facebook page:

"We paid and signed for event insurance before this weekend. Lack of communitcation with our insurance company is what lead to the cancellation of our event.

We are in the works of putting together another free event as compensation for those of you who came out, we appologize but we can not give you a refund.

Our vendors will be refunded their money!

We are all members of this community and are extremely disappointed as well. We love you guys! Hopefully we can make it up to you! Thank you for your support and understanding, stay posted!"

It was a hopeful message, but for some who'd bought tickets ($5 for the two-day event) and camping passes ($15), not entirely satisfying.