Another Friday Night in Arcata 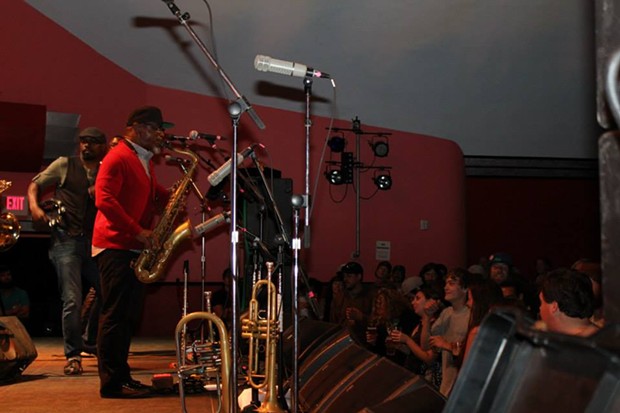 The dancing at the Arcata Theatre Lounge started with Zach Deputy, one-man-band getting the crowd going with looped guitar, keyboards and bass.

The Tiny Universe and the Cosmic Horns funked it up with some tunes off a new album.

Then Zach returned to the stage to supply vocals on well-chosen (and well done) classics from Ray Charles' songbook. 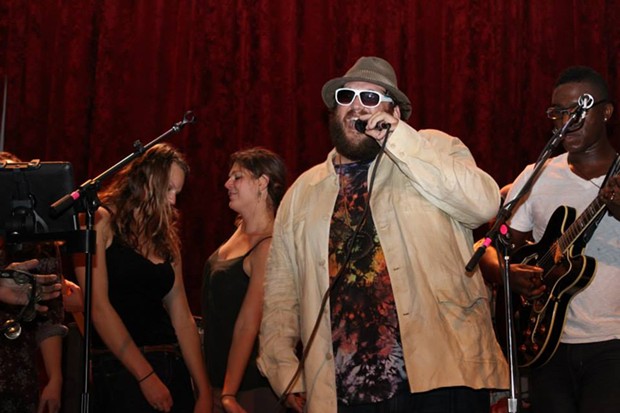 Meanwhile across town at the Jambalaya, Humboldt's No. 1 hip hop duo Potluck kicked off the Rugged and Raw Tour.

Underrated and 1 Ton have more than a couple dozen shows between now and December, not an unusual thing since they signed with the Suburban Noize label.