The role of the globe-trotting Humboldt, a geography "rock star" of his time, according to Fields, was shared by Steve Cunha, chair of HSU's Geography Department, playing "old" Alexander.

At the gala, Cunha was flanked by Mark Teeter, who played the young Humboldt, and Luke Tooker, who played Alex's travel companion Seifert.

Also note worthy among the cast, Samantha Herbert who played multiple roles, highlighted by an expressive dance as "A Parrot Who Speaks the Language of the Dead." 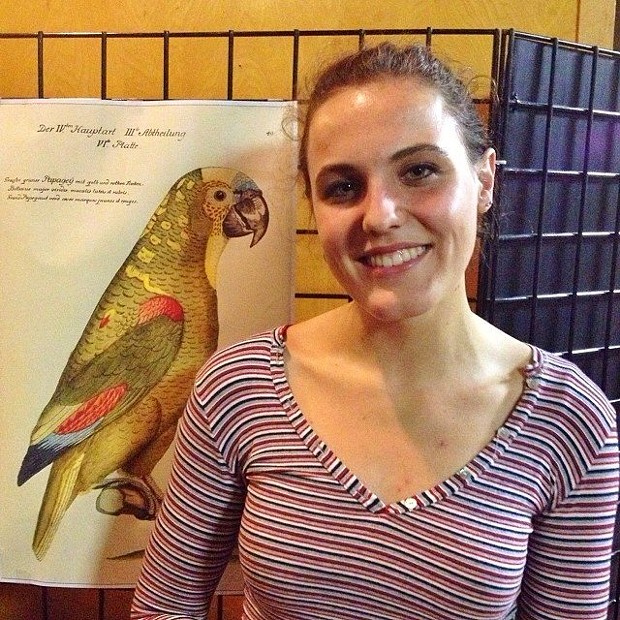 It should be noted that Cunha has a long history of impersonating 19th century gentlemen. In the latest HSU graduation ceremony he gave a speech to the class of 2013 dressed as Alexander von Humboldt.

Humboldt Unbound continues its run at the Van Duzer Theatre this weekend with shows Friday and Saturday at 7:30 p.m. The play continues next weekend with shows Thursday, Friday and Saturday, Nov. 14, 15 and 16, again at 7:30, concluding with a Sunday matinee Nov. 17, starting at 2 p.m. For more on the play, Fields and the life of von Humboldt check out Bill Kowinski's story on the play.

Spoiler alert: On a personal note, this writer was taken by surprise by the play. The opening scene of Humboldt Unbound has the older Humboldt punctuating a speech with him suffering a stroke. While shooting the photo above of Cunha as von Humboldt, my pictures of the graduation came to a halt as I suffered a stroke. I am still recovering though rehab.