NCJ Goes for the Gold 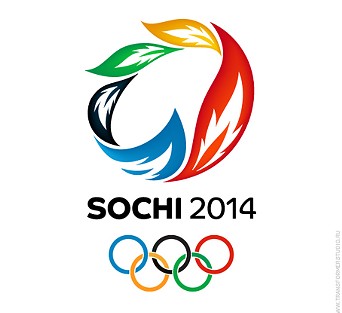 The 2014 Sochi Olympics became a source of entertainment before the official start of any of the games. From unfinished roadways to double-toileted bathroom stalls, the Internet has been flooded with pictures of the sort of mayhem generally only found in the 1986 comedy The Money Pit. It's yet to be seen if the slipshod attempts at construction will extend to the games themselves, but the odds seem pretty good.

For the next two weeks, the Sochi Olympics will dominate the media, but they aren't on all of the time. There will be lulls during the daylight hours and the staff of NCJ has some suggestions for how to spend your non-Olympic time.

The Cutting Edge (1992) Stories of athletic prowess and victory are good and all, but it's just not the same without a completely unnecessary love story.  After a hockey player (D.B. Sweeney) injures himself in the 1988 Olympics, his only chance for winning Olympic gold is to train to become a figure skater. In a partnership that echoes the dynamic of Swayze and Grey in Dirty Dancing, Sweeney teams up with a spoiled and struggling figure skater (Moira Kelly). Romance and cheesery ensue, sprinkled with patriotism and a lingering need to remain superior to Russians (Hollywood doesn't care if The Cold War is over).

As corny and '90s-hair-filled as this movie is, it still manages to wriggle its way into the hearts of most viewers. Four sequels have been made in the last 22 years, all with a quality that should have sent them straight to DVD. You'd think audiences would just be clamoring for all the figure skating movies they could get their hands on, but for some reason that fervor just isn't reflected in the box office.

The ending of The Cutting Edge is likely the most disappointing part. They wrap the love aspect of the movie up in a cute little bow, but they leave the sports plot hanging. Maybe they're trying to say that nobody loses in love, or winning is important or some other crap.  Who knows? In case you doubt the disappointment, check out the film's finale:

Cool Runnings (1993): Keeping with Goforth's theme of choosing the best movie before anyone else does, GSG picked the obvious frontrunner. Disney, Jamaican stereotypes and John Candy all combine forces to make one of the most beloved movies of all 30-somethings in the States. It's a pretty loosely adapted version of the story of the actual first Jamaican bobsled team. It builds on the whole theory that people from hot places can't do things from cold places. You know, that classic scenario. The movie practically writes itself.

Like so many sports film before and after, Cool Runnings takes the brilliance of The Odd Couple and applies it to athletics. Derice Bannock (Leon) is an injured Jamaican sprinter. Irving Blitzer (John Candy) is a washed-up former Olympic cheater who has taken up hermitage in Jamaica. Both men cling to their egos while trying to put together a rag-tag (Doug E. Doug, Rawle D. Lewis and Malik Yoba) bobsledding team for the upcoming Olympics. Will Blitzer cheat again? Will Bannock bring victory back to his island home and prove the entire world wrong about their assumptions? Will Doug E. Doug keep talking to that egg for the whole movie?

The Other Side of the Mountain (1975): This one hits you right in the gut/heart, which is probably to be expected considering the heaviness of the metaphorical title. The mountain in this film is both physical (the mountain that paralyzed the main character) and metaphorical (the mountain of adversity the main character must overcome). Double-whammy. While preparing for the 1956 Winter Olympics, Jill Kinmont (Marilyn Hassett) nearly dies in a downhill skiing crash. She's left paralyzed, alienated and despondent. Can she still find love and companionship? Will her life still have a purpose? Which Bridges brother is that? It's Beau. The not-Big Lebowski one.

The real kicker is that this is a true story. An embellished true story, sure, but Kinmont's injury and devastation are as real as you can get. This film is more about the human condition than it is about the Olympics, but it most definitely still qualifies for this list. If GSG can claim Life of Brian for NCJ's Christmas film list, then Walters definitely gets to nominate The Other Side of the Mountain.

Now, if she'd named the awkward and unnecessary sequel, The Other Side of the Mountain 2, then we'd definitely be reconsidering her reliability as a source of film references. The sequel does not compare, even in the slightest.

Miracle on Ice (1981): Admittedly, this is technically a TV movie, but we can't hold that it against it. If we discounted every TV movie from the film zeitgeist we'd have to toss out Roots and And the Band Played On. That's a dangerous precedent.

The movie is based on a true story like so many of the others on this list. Cold War tension was high at the 1980 Lake Placid Olympics and the US' defeat of the Soviet Union's hockey team was considered a patriotic landmark. If we couldn't top them politically, at least we could beat them at a game that isn't native to either either home country.

Without a doubt, some of you are saying, "Didn't they make an actual film version of this? And, wasn't it monumentally better?" Yes and no. Disney release a Miracle in 2004 starring Kurt Russell and Patricia Clarkson.

Is it better? No. It may be less corny and less grainy (video really didn't do the '80s any favors), but it's not better.  One, the remake did not feature Steve Guttenberg, who's adds novelty to every film he's in regardless of whether novelty is appropriate or not. Secondly, though Russell can hold his own (we've all seen and fallen in love with him in Overboard), he just doesn't compare to Karl Malden (On the Waterfront, How the West Was Won, Patton).

Perhaps the true tragedy of the remake is that it is now the only result that pops up when you search "Miracle on Ice" on YouTube. As far as the internet is concerned, the original TV movie barely existed. So, in lieu of a trailer for the original, here is a video of the actual olympic victory.