It's a Toss Up

Leave your jokes about clown college at the door — Jamie Coventry and Natasha Kaluza have the sort of hand-eye coordination usually reserved for surgeons and super heroes. They take clowning to a level so high you almost don't want to be afraid of clowns. The San Francisco Circus Center Clown Conservatory graduates are about more than just pratfalls and seltzer bottles (though, they aren't above that sort of ridiculousness). They're acrobats, jugglers and theatrical comedians. 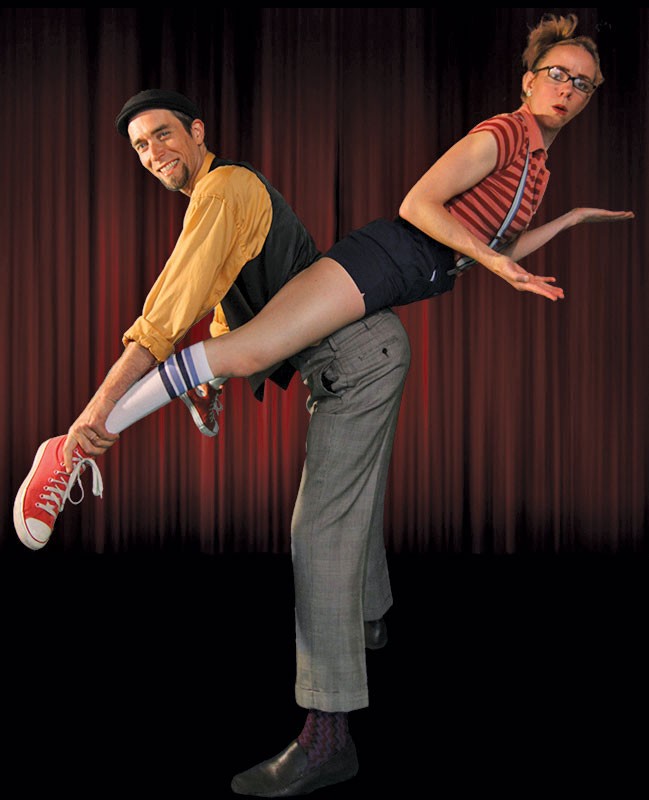 On Sunday, March 30 at 6:30 p.m., the crafty and capable Coventry and Kaluza are performing in the Goodwin Forum at Humboldt State University (free). The two-hour, family friendly show is chockablock with spectacle, hilarity and entertainment for all ages. In addition to slapstick vignettes with a modern twist, they have some razzle-dazzle tricks up their sleeves: knife juggling, extreme hula hooping and bizarre acrobatics.

Coventry and Kaluza wont hog all of the fun, though. The audience can contribute by donning a costume or at least a silly hat. The night's merriment breeds more tomfoolery with all of the proceeds from concessions going to the Humboldt Juggling Festival, which takes place April 11-13. Because clowning is the gift that keeps on giving.