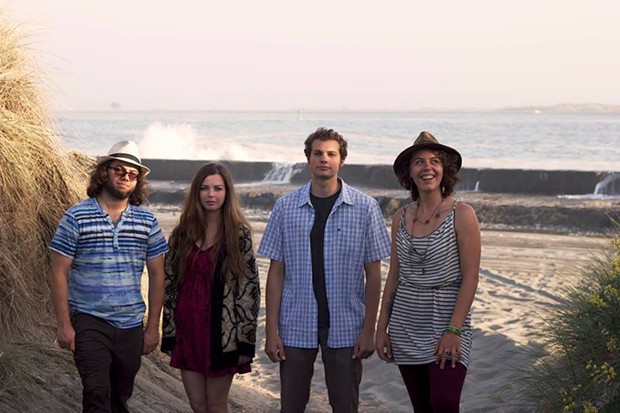 
Sometimes a music lover gets jaded, wonders what happened to the youth. When did they stop playing guitar? Why are all the rockers in A-town over 40? But then comes along the melodic and crunchy High Crimes, which will infuse a much-needed dose of talented 20-somethings into the scene at Hum Brews on Saturday night.

Kimmy Kennedy's singing ranges from ethereal to striking, inspiring infatuation from her first note in "Punks of Jazz" from the band's eponymous debut. Bandmates Harrison Laver (guitar, vocals), Ben James (bass/vox) and Alyssa Jung (drums) provide a perfectly balanced blend of restraint and attack. Get to know them, along with Neighbors and Wrecks Goliath starting around 10 p.m. Cover's $5, show is 21-and-over.


Meanwhile, over at the Alibi, The Songwriter Circle Of Death V will spin you right round, baby, with four mics, four guitars and four individual performers in the form of The HiLL's Burly Dent, the Yosemite Weavetone's Christopher Weaver, Courtney Jaxon of The Lost Luvs/The Monster Women and one-man prince of disinterest, TheBoredAgain. Things begin to roll around 10:30 p.m. with a $5 cover charge and, yes, be 21-or-over.

Plan ahead via this week's full Setlist here.