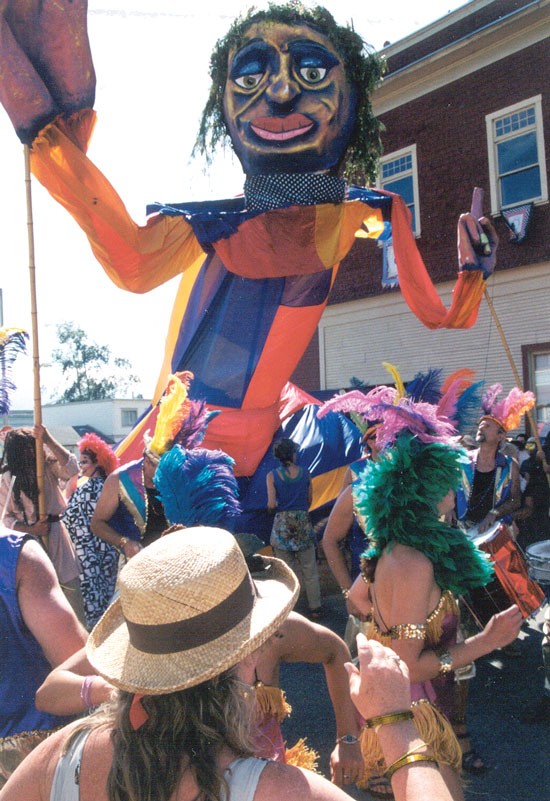 There was a time when Humboldt was abustle with rails and choo-choos. Sure, now we have freeways and you can even fly in and out of Arcata (sometimes ... OK, occasionally), but it's important to remember where our towns and cities came from. We still have our ports, but the echoing chugs and whistles are long gone. You could head down to the library and read all the books they have on Humboldt's rail history (seriously, there are tons), but Blue Lake would rather you added some whimsy. Annie and Mary Day is a tribute to all things rail, with some parades, baseball and barbecue added into the mix (free entry, food prices vary). On Sunday, July 13, from 10 a.m. to 5 p.m., Perigot Park comes alive with community-centered fun and games.

The parade starts at 11 a.m. for spectators, but get there at 10 a.m. if you'd like to join the formation (no marching band or baton skills necessary). You don't want to pass up this chance to march alongside the theatrically spectacular members of Dell'Arte. From noon until 5 p.m. the cooks start pulling the meat off the grill and food is on! Enjoy your meal while you listen to music from The Timber Ridge Boys, The Bayou Swamis, Kingfoot and others. If you're not tuckered out from the parading, eating and dancing, then head to the after party at the Logger Bar at 8 p.m. to see a performance by the Living Rooms. It could be a long day, but good things rarely happen quickly.