A Beginner’s Guide to Outside Lands 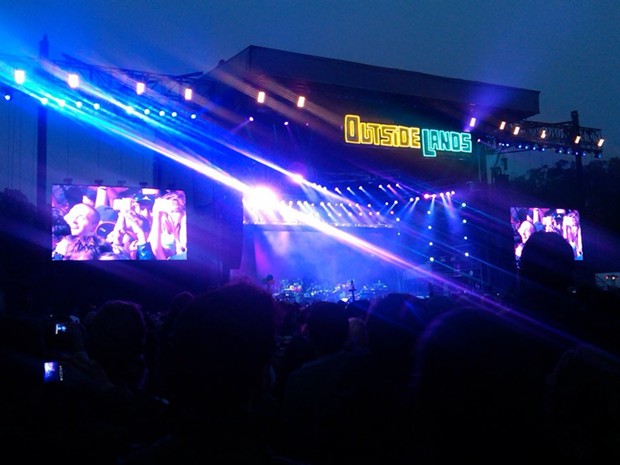 This Friday, Aug. 8 marks the seventh annual Outside Lands Festival in San Francisco’s Golden Gate Park. For all the fun festivals Humboldt offers, we don’t have anything like this — which means you and your friends are likely headed down to what is the closest major fest offering rock, hip hop and indie acts. If you’ve been before, you know the drill. If not, here’s your guide to making the most of what should be an amazing time:

Stay hydrated! You should drink at least a half-gallon of water every day, and now you’re at a festival. The constant dancing, partying, sweating and even just the walk from stage to stage are going to wear you out. Water will also help keep your body refreshed and ready to spring back the next day. Bring as large a water bottle as possible. There are water refill stations in the “Ecolands” area of the park. If you don’t have a water bottle you can purchase one at the festival (it comes with free refills). Dehydration is a serious problem and lots of people end up in the medical tent for it — don’t let that be you.

Have a plan. It doesn’t need to be super strict, but having a basic plan for each day helps eliminate small hassles. Looking ahead at set times and locations is important so you can foresee conflicts. The Outside Lands app is available for free and has full schedule, booth info and other cool features. If you want to get close, make sure to get there early so you don’t have to push through the crowd. Get water and use bathrooms while traveling between stages. Parking is a nightmare, so use public transportation or bikes — there's secure bike parking at Marx Meadow. Plan on lots of walking.

Pack properly. You can’t bring in alcohol or cameras with a detachable lens over two inches, so don’t waste room trying to sneak them in. Bring your own food even if you plan on eating delicious things from the vendors, because you don’t always have time to get food between sets. SF summers can get chilly, especially at night, so layers are important. Don’t bring anything you don’t need, though. The crowds can get super packed, and you don’t want to be lugging around extra baggage.

Don't be on your phone the whole time. People are here to enjoy live music, and you holding your phone over your head detracts from the experience for everyone standing behind you — and you! Take photos and videos, but don't become a bother to others.

Don’t trash the park! It's a privilege to have a festival in the beautiful Golden Gate park. Return the favor by keeping the park clean. There are trash, compost and recycling containers all over the grounds, so you have no excuses. Stay on the trails to avoid trampling shrubs. If you see discarded trash, throw it away yourself. Try to leave the park looking nicer than when you arrived.

We all know the headliners — Tom Petty and the Heartbreakers, Kanye West and The Killers — but with over 100 bands playing in the earlier hours of the day, you might miss some excellent emerging artists. Here are some to catch:

Flume. Australian house producer famous for his entrancing remixes and melodic, original beats. This music is impossible not to dance to — expect an enthusiastic crowd. Sunday, 3:30 p.m.,Twin Peaks stage.

The Kooks. British rock group known for catchy songs. This reunion is big, as the band has been silent since the last album in 2011. Saturday,1:40 p.m., Lands End stage.

The Bots. The two young brothers from L.A. released their major label debut last fall at ages 12 and 15. Despite their youth, the combination of garage punk and American blues speaks of a musical maturity. They’ve toured with the Yeah Yeah Yeahs, Bad Brains, Refused and many more. Sunday, noon, Panhandle stage.

Check out "Five Things to Know Before You Attend Outside Lands with Your Teenager(s)" by contributing cool mom Jennifer Savage.