Tonight's Setlist: Your friends and neighbors 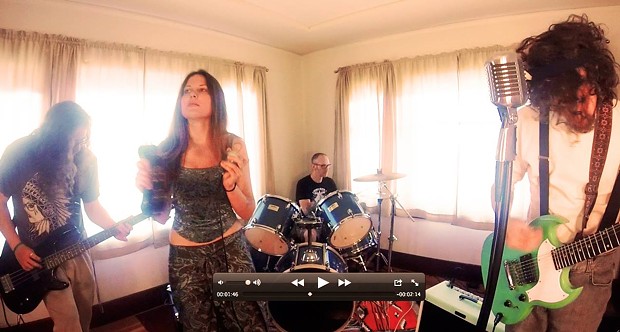 Humboldt Brews celebrates Local Band Night with surf rockers The Mother Vines, whose sound, at least on the track "Wild Free Country," inspired agreeable head-nodding by the people who happened to be sitting around my living room while I wrote this. Also Dead Drift, a band without a Facebook or Google profile — apparently they're local, what with the aforementioned "Local Band Night" and all — and the fun, fuzzy Fairy Rings, a band boasting the approval of Local Artist Cool Guy Jesse Weidel. Cover's $5 at the door, show is 21-and-over and starts at 9 p.m.


Preview: The Fairy Rings do The Velvet Underground