UPDATE: CNN Gets Our Goat, or Not 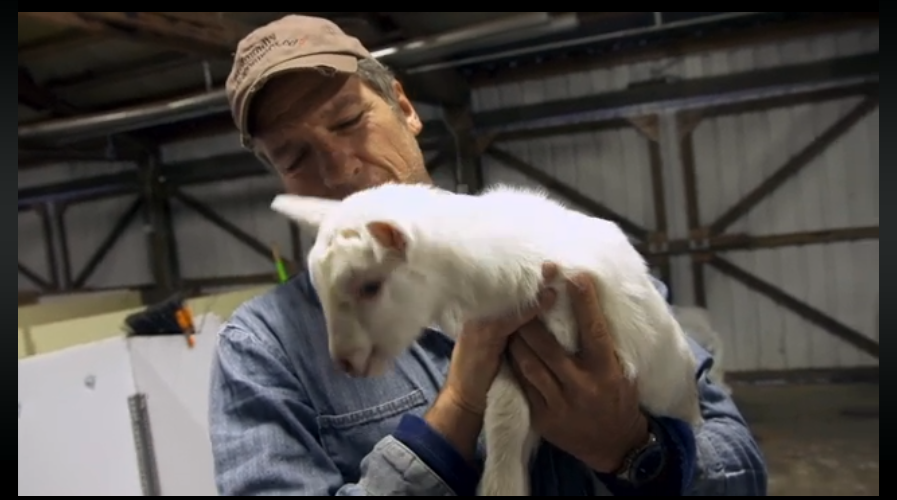 UPDATE: Aaand we're back. Cypress Grove has announced that the episode of Mike Rowe's Somebody's Gotta Do It will indeed air on CNN on Monday, Dec. 22 at 9 p.m. barring any outbreak of more pressing international news.

UPDATE: President Obama's televised address regarding U.S. relations with Cuba is not only drawing controversy among Cuban-Americans, it may push Cypress Grove's CNN debut back a day. According Janne Rasmussen, Cypress Grove's marketing manager, the broadcast of the "Goat Cheese Queen" episode of Somebody's Gotta Do It had been moved to 9 p.m. on Thursday, Dec. 18, but staff at Pilgrim Studios (somebody's gotta produce it) have told her that the show may indeed air tonight at its originally scheduled time. Worst case scenario, you tune in and accidentally learn about US-Cuban relations.

PREVIOUSLY: Humboldt County on CNN without aerial shots of outdoor grows? Who knew?

On Wednesday, Dec. 17, you can tune in at 9 p.m. for the "Goat Cheese Queen" episode of Somebody's Gotta Do It and watch Mike Rowe whip up chévre with Mary Keehn, founder of Cypress Grove. Expect adorable baby goat footage, farming philosophy and sturdy rubber boots as Rowe tours the facility and tries to "speak goat." If the trailer is any indication, the episode makes queen and the company and the county look pretty good, especially compared to the woman in the second half who airbrushes dogs. Yeah. That's a thing.

And in case you missed it, you can always check out the archived "Road Strip" episode of Lisa Ling's This is Life featuring Humboldt native, author and sex worker Antonia Crane. Crane is one of the women Ling interviews about traveling to strip in clubs, exploitation, empowerment, money and life after stripping. Crane was in town earlier this year promoting her memoir about her life in and out of the industry, Spent.