The Interview in Fortuna 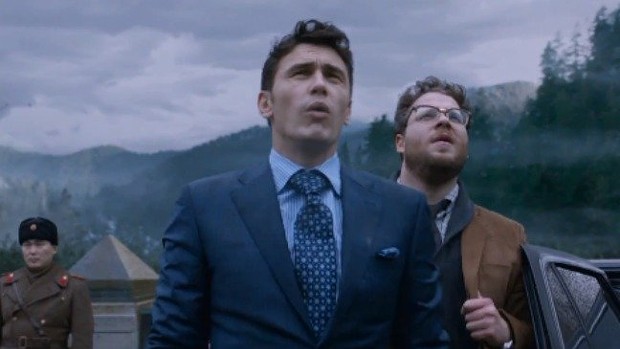 While corporations may cower before North Korean hackers, Fortuna will not yield. A revised movie schedule that reached the Journal after press time for the Dec. 25 edition includes showings of The Interview at the Fortuna theater starting on Dec. 25. Sony, reeling from a cyber attack, originally pulled the film from theaters after receiving threats of violence should it go ahead with the release.

That's right — this movie, in which sleepy-eyed hipster James Franco and affable stoner Seth Rogen try to kill North Korea's Kim Jong Un, is where we will make our collective stand for freedom. A day may come when terrorist saber/mouse rattling from isolationist nations keeps Humboldt from the stony hijinks of an assassination/buddy comedy, but it is not this day. All this should give the movie a Salman Rushdie-level bump (see this week's Media Maven article, "Horror Movies"). Here's hoping we won't have to rename kimchi "freedom chi."

Peruse the updated movie listings, which also include new releases Into the Woods, Big Eyes and The Gambler,  here.