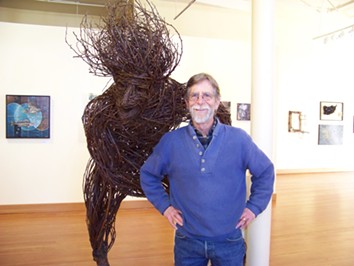 Take a good look around Sewell Gallery Fine Art during Arts Alive! this Saturday. The gallery, opened in June of 2011, will be shutting its glass doors at the end of April. Owner Jack Sewell said the gallery simply isn't selling enough work to pay for its overhead.

The large space on F Street is often thronged for openings and has featured many heavy hitters in the local art scene. Elizabeth Berrien, George Bucquet, Duane Flatmo, Micki Dyson-Flatmo, Orr Marshall, Jim McVicker, Curtis Otto and Rachel and Stock Schlueter are among the long list of artists the gallery has featured.

Sewell says that he's enjoyed working with the artists, many of whom are friends, and he hopes someone else will have better luck with the space. He'll return to making art himself, which running the gallery has kept him from for the most part. "I miss doing my own artwork," he says. One of his pieces is a gently moving, silvery outdoor sculpture at the foot of C Street. And with a wry laugh, "I'll go hunting around California for representation, too, 'cause now I don't have a place to show anymore." 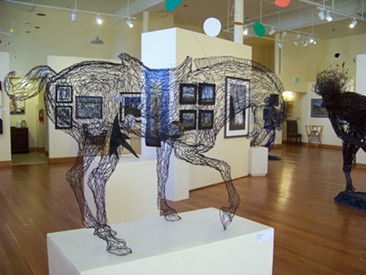 For right now, Sewell is preparing for this month's show, featuring paintings by Georgia Long and Gary Bloomfield, and calling artists to cancel scheduled shows. The final show, opening in April, will showcase the wood fired ceramics of Conrad Calimpong and surrealist paintings by Catherine Brooks.