Let's start north and work our way down. At the Logger Bar, Let it Fever, led by the talented and prolific Ellis Wallace – dig the latest track, "Young Girls," below and don't be surprised when you're singing it all day –  along with The Monster Women and the Lost Luvs, a "reverbilicious grrl group" starring members of Automatic Pink and the aforementioned Monster Women. Spacy rock 'n' roll! Music at 9 p.m., free, 21-and-over.

The Queens of the Islands Tour arrives at the Arcata Theatre Lounge with Hawaiian pop-folk-songwriter star Anuhea and Jamaican reggae songstress Etana. Anuhea is a major presence on the islands with multiple hit songs in heavy rotation, favorable critical comparison to fellow islanders Jack Johnson and Bruno Mars, and the distinction of being specifically requested to perform for his Holiness, the Dalai Lama.


Her tour partner, Etana, has faced challenges as a woman in the reggae world that her male counterparts do not. In a press release, she explains, "It seemed like females were never dealt with fairly. They were still paid less than men, disregarded as not being important on the flyer." Etana and her management set out to teach people in reggae "how to treat a female artist." 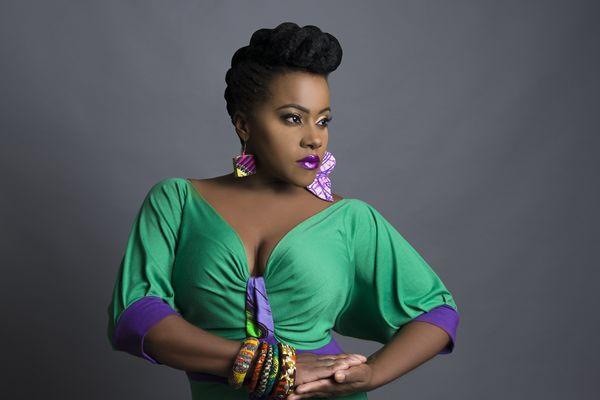 She succeeded, becoming the first female to achieve a Reggae Billboard #1 album in 17 years with I Rise, produced by Jamaican luminary Clive Hunt (Peter Tosh, Rolling Stones, The Wailers, Chaka Khan, Grace Jones, Jimmy Cliff). The album reflects the singer's ongoing maturity while maintaining the R&B-inflected take on reggae that she's known for. "Over the years I've learned a lot and in the learning process came a lot of pain and struggle," Etana says. "And to see the growth and see hard work pay off felt really, really good."

Doors open at 9 p.m. Tickets are $20 advance at Wildberries, People's Records and The Works, $25 general. The show is 21 and over.

Let's go with the promo descriptions here, because I find them endearing:

"Floating out of the dusty tombs of Eureka, Coffin Moth. Creeping from the grey skies of Arcata, Smooth Weirdos. Lurking from the muddy banks of Humboldt Bay, Dead Drift. Growing from the misty redwoods, The Mother Vines."