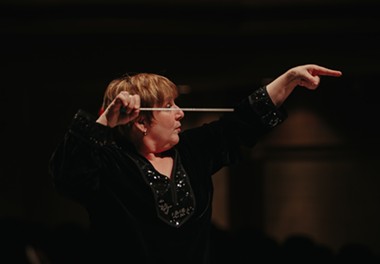 The Eureka Symphony recently announced its 2015-2016 season, “Experience the Greats” — a theme offering renowned composers and guest artists. There are five performances scheduled including a season opener, the popular holiday concert and a season finale. Nestled in the mix is a performance "dedicated to the contributions made to film by great composers, with such well-known classical composers as Rossini, Debussy, Strauss, Handel and contemporary composers John Williams and Hans Zimmer," and a concert showcasing the works of 20th-century composers, featuring a harpist/tango dancer.

Season Tickets for the 2015-2016 Season are available now. There are a number of discounted ticket packages available, which can be purchased online at eurekasymphony.org or by calling the ticket line at 845-3655. Single tickets go on sale on August 17.