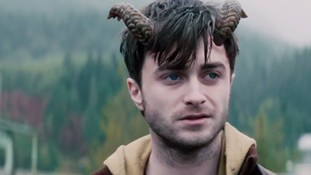 If you were stalking around Humboldt on the hunt for selfie with the Harry Potter star, you can return to your home now. The actor and the rest of the out-of-town crew filming Swiss Army Man hopped on the old Nimbus 2000 and blew town yesterday after wrapping six days of filming, according to Cassandra Hesseltine of the Humboldt-Del Norte Film Commission.

But don't despair, you can see Radcliffe against the background of Trinidad Head and other Humboldt scenery in the independent feature once it hits theaters. According to IMDB, Swiss Army Man is the tale of "a man in the wilderness [who] befriends an unlikely counterpart." Cross your fingers it's Bigfoot ...