Folklife Does 'Send me Back Home' for Merle 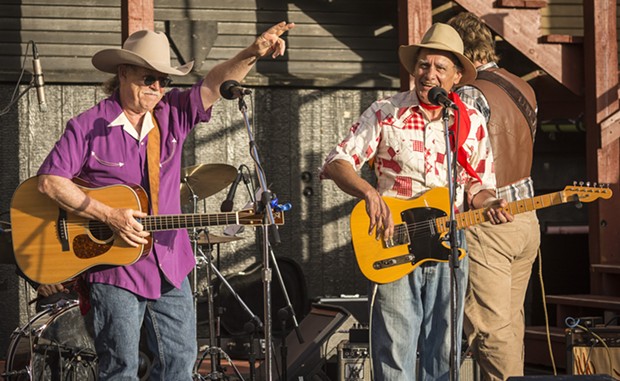 A full house experienced a magical “Sing Me Back Home” tribute to Merle Haggard at Saturday’s closing performance of the Humboldt Folklife Festival in the Dell’Arte Amphitheatre in Blue Lake. The “Merle choir,” which performed the tribute, was put together with members of different local bands who shared a common bond in that they all knew and loved to sing Merle Haggard songs.

“The day Merle died, Ken Jorgenson (of The Mighty Rovers) called me up, knowing I was a big Merle fan, and suggested the idea of doing a tribute show at the Folklife Festival,” said Steve Irwin of the Delta Nationals and The Yokels. “I was thrilled with the idea and got to thinking that I knew lots of local musicians who were fans of Merle. Then it snowballed into kind of a ‘Merle choir.’”

“I was so glad to be invited into this group of local musicians, some of whom I’d never met before,” said Rick Levin of the Honky Tonk Detours and Cadillac Ranch. “This was the most fun performance ever for me at the Folklife Festival. Merle was one of the most important music icons for everyone in the group. He and George Jones represent everything I love about country music.”

“The minute I heard about the Merle tribute, I was in,” said Bruce Johnson of the Compost Mountain Boys. “I grew up singing Merle’s songs since I was in high school in New Mexico. Listening to him on country music radio taught us all how to sing and play.”

The playlist of Merle Haggard songs evolved pretty naturally, said Irwin. “I just asked people to do the song they wanted to do. He had so many, it wasn’t hard not to duplicate and everyone was so generous and unselfish and ego-free as we put the show together.”

“I chose to sing ‘I Can't Be Myself When I'm With You’ because Merle’s words kind of speak to me,” said Joyce Hough (of Home Cookin’), “and I’ve been singing that song for a long time. It reminds us all to be yourself.”

“Merle’s beautiful voice made his songs resonate with me since the early 1970s,” said Fred Neighbor (of Home Cookin’). “He wrote over 500 songs, some with very provocative lyrics. I chose to sing 'Kern River' because it’s mysterious, it’s about place and how the place can become haunted. It’s a plaintive tune about how nothing in life ever worked out and a sense of mental anguish. I like its mention of Mt. Shasta and Mt. Whitney. It just struck me as one of his more deeply soulful, poetic tunes.”

“The order we put the songs in seemed natural,” said Irwin, “with Ken’s family affair opening the show, and followed by Fred Neighbor and Joyce Hough who have been doing Merle as long as I’ve known them. Having everyone onstage at the end with “Sing Me Back Home” was kind of a no brainer, sort of the perfect ending.

“The way people responded to it was way above my expectations, and people saw it was an act of joy on our part," Irwin continued. "It felt good to be on the stage.”

The Merle Haggard tribute ended with “Okie from Muskogee.” It was a fitting way to end a positive, loving celebration with this group of musicians. 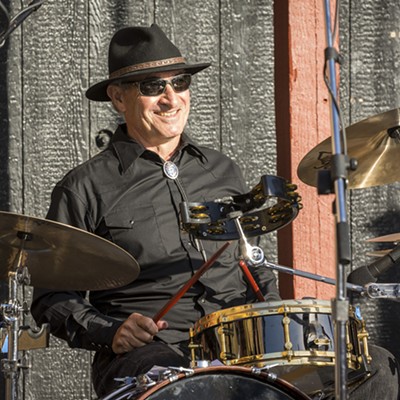 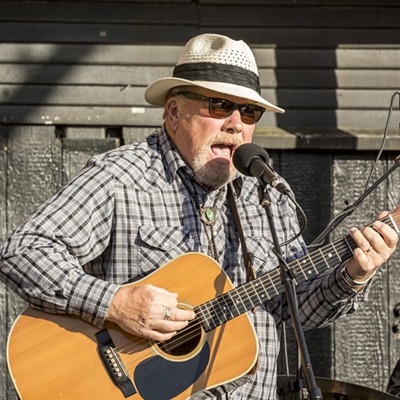 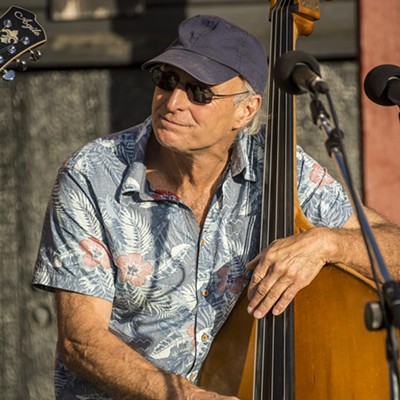