Dreaming of a Brass Christmas 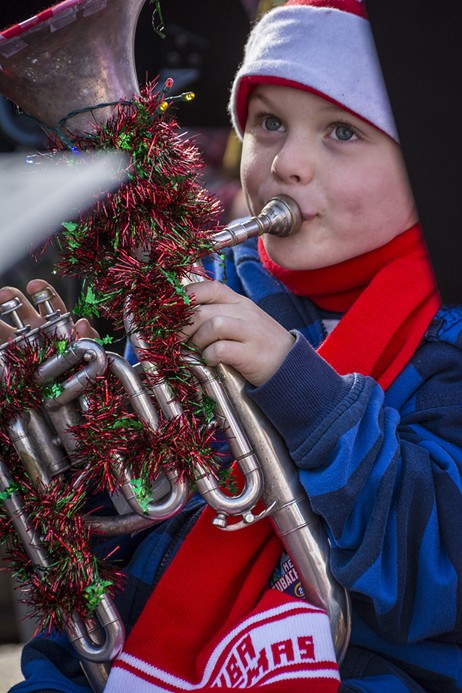 For many, it's not officially Christmas in Humboldt County until you've attended one of the all-brass Tuba Christmas performances, which have been led locally by Fred Tempas since 1988. Santa also showed up for Saturday's 1 p.m. performance at the Gazebo in Old Town Eureka, along with board members of the Redwood Coast Music Festival, who unveiled this year’s poster. The local all-tuba performances are part of an international Tuba Christmas movement started in 1974.