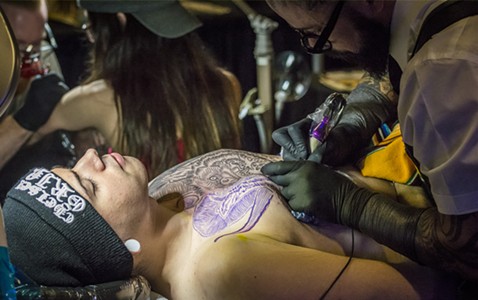 Updating an old expression, there's no explaining taste in food or love — or in choice of tattoo design. Evidence of the wide range of tattoo design choices was on ample display at the eighth annual Inked Hearts Tattoo Expo at the Blue Lake Casino's Sapphire Palace this past weekend, Feb. 2-5.

Some 30 booths filled with tattoo artists did a steady business with appointments and walk-ins. It appeared that there were more local artists than in past years, along with a some new faces, including Liz Venom from Australia.

The expo included live music, a mix of vendors and a variety of contests. Stevie Di'Luxe, of Eureka, was chosen as Miss Inked Hearts of 2017 on Friday evening. In other award news, Megan Franklin of Springfield, Missouri chose an image of Meeko, her miniature Australian cattle dog, to be added to her thigh by Liz Cook of Rebel Muse Tattoo in Dallas and it won Best of Show on Sunday.

Full disclosure: My daughter Hillary is a gifted tattoo artist who lives and works in Brooklyn. Attending the Inked Hearts Expo year after year and getting to know so many of the artists and repeat attendees has helped me better understand and appreciate her career choice. And no, I don't have any tattoos – my mom won't let me get one. 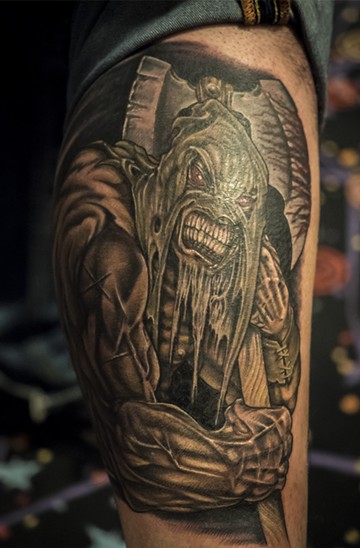 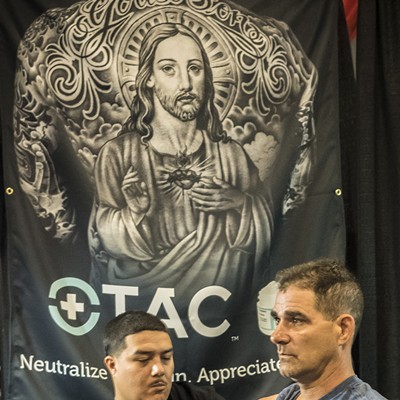 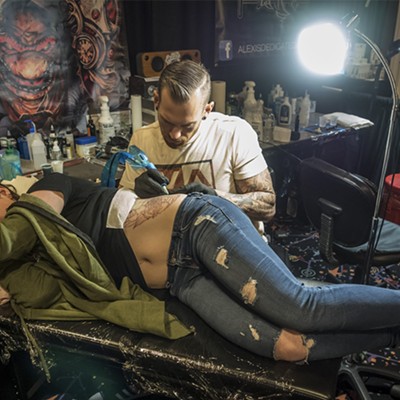 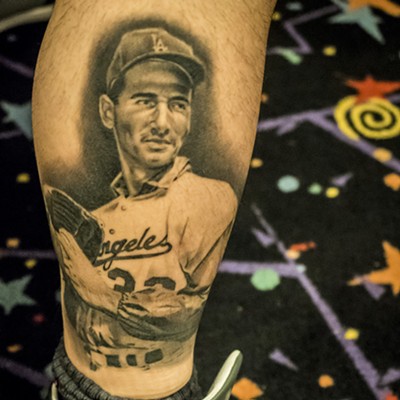 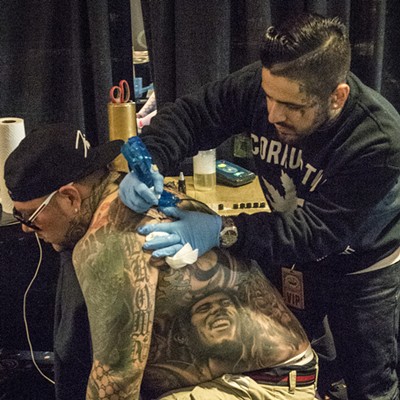 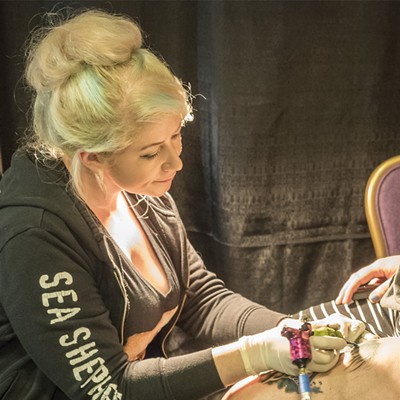 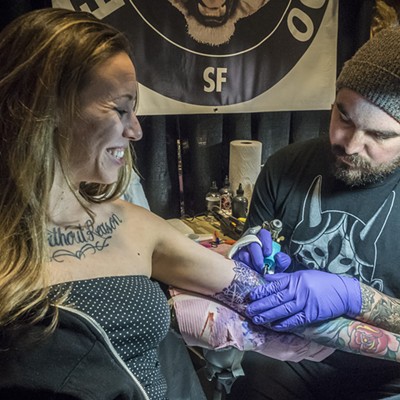 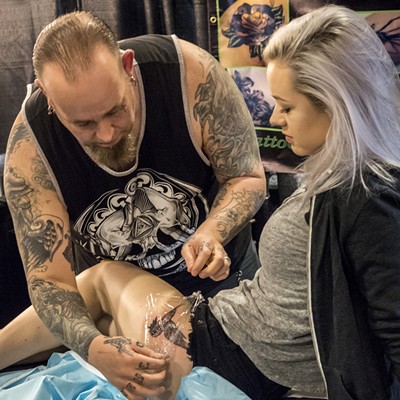 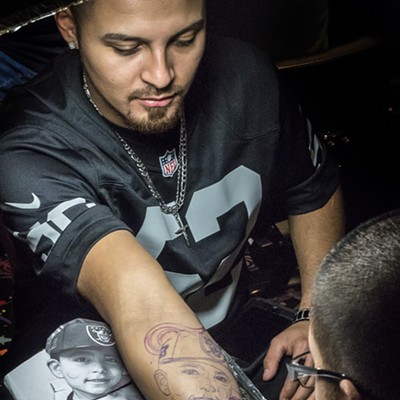 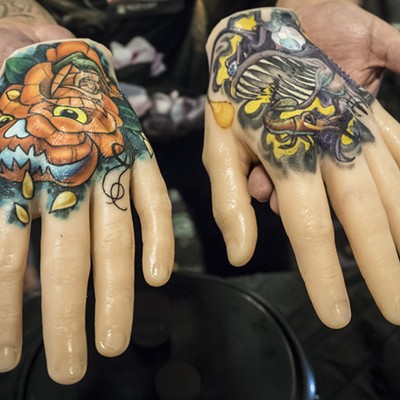