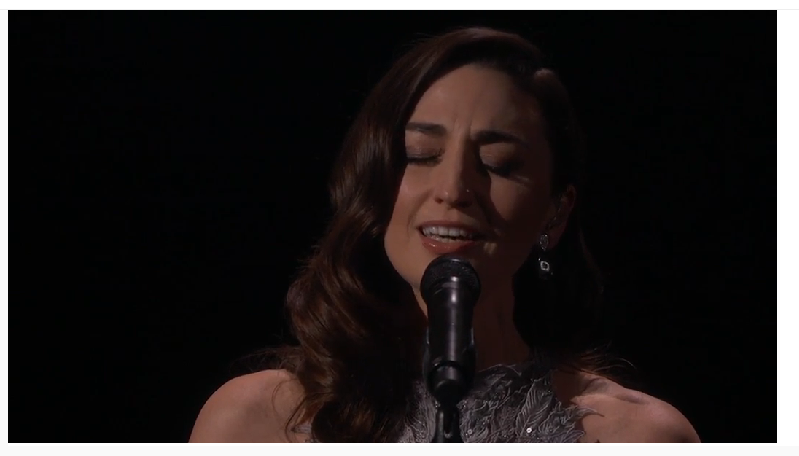 There were some moving speeches and emotional twists at the Academy Awards on Sunday, Feb. 26, including Sara Bareilles' moving rendition of Joni Mitchell's "Both Sides Now," performed during the In Memoriam montage of stars and industry greats who passed away in 2016. In case you missed it while microwaving more popcorn or hobnobbing at the Eureka Theater, the awards show's official website has the video posted for your viewing pleasure.

A choked-up Jennifer Aniston introduced the Humboldt County native, who must be made of steel to hit those high notes with Prince, Gene Wilder and Carrie Fisher speaking softly from the big screen over her shoulder. You can watch it here but get some tissues first. That's it. Just let it all out.