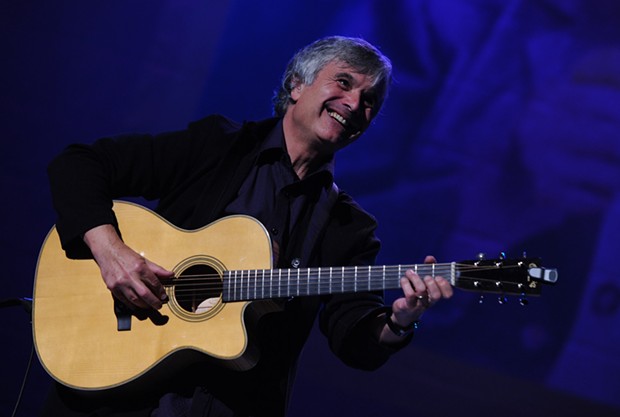 Blue Lake has been getting hints of sun here and there through breaks in the fog and rain, so maybe today will be one of those days. Regardless of the weather, The Compost Mountain Boys will be doing their bluegrass thing at Mad River Brewery this evening at 6 p.m. and for free. Two-time Grammy winner and former member of Wings Laurence Juber stops by The Old Steeple in Ferndale around 7:30 p.m. to blow your mind with his famous fingers. If he's been tapped by Paul McCartney to jam, you know this guy's good. He plays a mix of blues, pop, folk and jazz, and is, not surprisingly, a Beatles fan. He's recently released the third album in his LJ Can't Stop Playing the Beatles! series, so expect some tunes from the Fab Four in his show. Twenty-five bucks will get you in for this gem of a show. Coming from the folk/gospel world, MaMuse returns to Humboldt tonight at The Sanctuary in Arcata at around 8 p.m. Catch their harmonies and acoustic-based music for only $20.