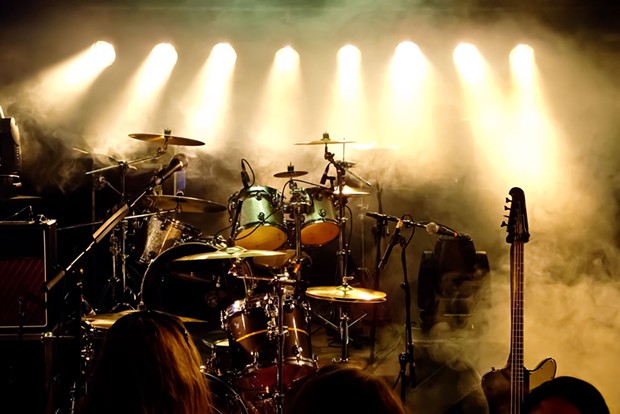 I haven't heard of a show happening at the Eureka Municipal Auditorium in a while, so I was glad to hear that not only is something going on tonight, but from As Lions out of the United Kingdom. They just put out their debut album Selfish Age in October so expect to hear these new songs. I gave a few of the tunes a listen to and found it to have flavors of some '90s heavy rock, the dramatic themes of metal, and delivery of '90s pop punk. I could see high schoolers who see the world losing its luster getting into the music here along with some of the big-truck-driving crowd from Fortuna. From a little bit of digging online, it looks like the show is scheduled for 7:30 p.m. with Shinedown headlining with Cold Kingdom also on the bill for support. It also looks like you can buy tickets online from Ticketmaster (!?!) for $37.50 but I have no idea if that's the actual ticket price. A Bay Area band with slightly local roots, Front Country, is making a stop at Humboldt Brews at 9 p.m. With touches of roots country and bluegrass, this band is chock full of talent. Guitar wizard Jacob Groopman joins Leif Karlstrom on violin, Jeremy Darrow on bass, Adam Roszkiewicz on mandolin and former local Melody Walker on vocals. Catch 'em for a $15 ticket price.