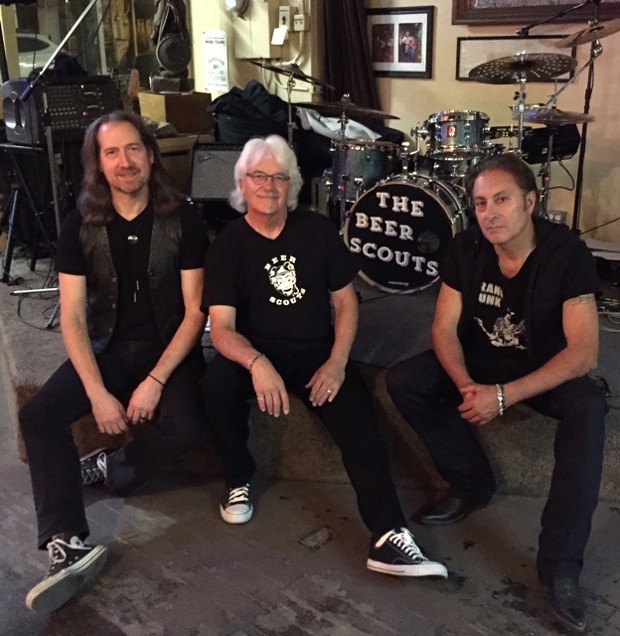 Marin County's The Beer Scouts are fans of rock n' roll and, not-surprisingly, fans of good beer as well. It will also be of no surprise that they're returning to Humboldt after their last shows here a few months ago. Apparently, our beer is so good up here — which we all know — these fellas are in town all weekend. Check 'em out tonight at the Mad River Brewery Tap Room at 6 p.m. for free. They have local connections and used to rock up here in the local music scene a few decades ago. I'm sure they're getting hooked up with some free beer but if their glasses look dry, help 'em out. Although they've graced the stage at Carnegie Hall, The Friction Quartet (out of the Bay Area, I think) will be performing Mozart's Prussian Quartets along with others here in the (less stuffy) redwoods at the Westhaven Center for the Arts at 7 p.m. Catch this class act for a $5-$20 sliding scale. If you missed Zeparella the last time they were in town a few months back, tonight's your night to repent. The Bay Area Led Zeppelin tribute band seems to love stopping by Humboldt when they're on the road blasting out the Zep hits. I've been listening to a lot of Coda lately and while I wouldn't argue that it's Led's best album (nor would they, I imagine), I'll keep my fingers crossed for a rare performance of "Wearing and Tearing." I've seen this band a few times, and have never been disappointed. Show starts at 9:30 p.m. and will run you $20 at the Humboldt Brews doors.