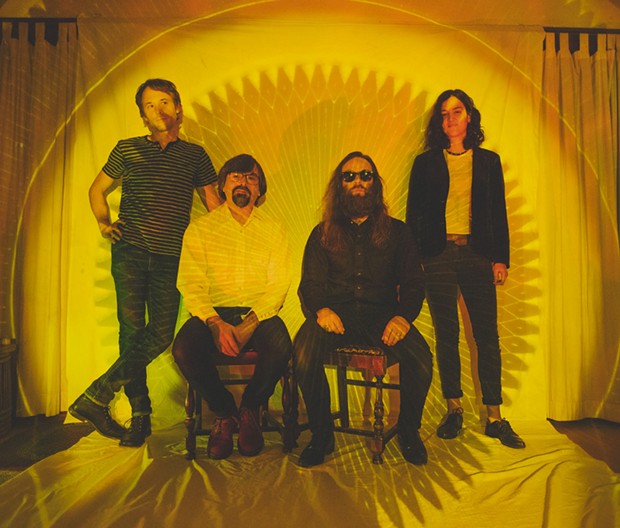 Thick grooves are on the bill at The Arcata Theatre Lounge around 8 p.m. courtesy of local reggae jammers The Dubbadubs along with Stonechild and trippy-pysch DJs The Desert Dwellers. Harnessing exotic instruments, eastern scales and reverb-drenched foreign female vocals, these dwellers of the desert bring you something you might hear in a yoga tent at Burning Man in the midday once the mushrooms start to kick in. Skip the playa dust; tickets are $30 at the door. Local champs of getting down, The Getdown, will be getting the dance floor moving at The Wave Lounge in the Blue Lake Casino at 9 p.m. with a free show going into the wee hours of the morning. Claire Bent and Citizen Funk will be hitting the Hum Brews stage at 9:30 p.m. and $5 will get you into this funkfest. Another Seattle band is in our neck of the woods courtesy of the Low Hums who are stopping by The Alibi. They count a lot of influences, some among the early psychedelic area such as Pink Floyd, The Velvet Underground, Dead Moon and some early British Invasion bands like Them and The Rolling Stones. With some freakiness from that era and some sounds you might have heard on the radio in the late '90s, the band is on the road promoting their recent release of Shine Rock, so feel free to pick up a copy tonight. Local surf-punkers The Sturgeons will be anchoring the show, which starts around 11 p.m. with only a $5 cover charge.