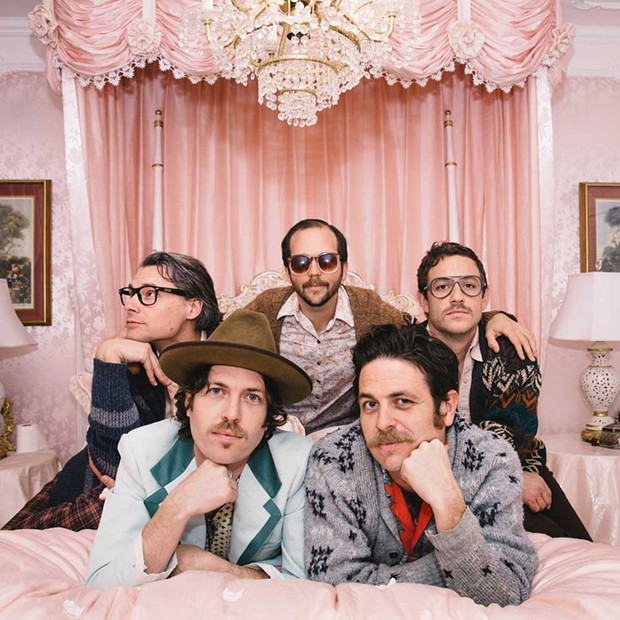 It's the 41st annual Summer Arts and Music Festival happening at Redway's Mateel Community Center hosting more than 70 "of the best local and regional bands, dance troupes and children's entertainers." I don't have the word count — or mental capacity — to list all the artists on the bill, but scroll the list, which includes reggae dub band Easy Star All Stars, Latin fusion from Locos Por Juana, Americana via The Brothers Comatose and a host of locals, at www.mateel.org and be amazed. Locals The Yokels are back at the Mad River Brewery Tap Room at 6 p.m. for a free show. The International Katarzyna Mycka Marimba Academy is teaming up with Marimba One and Humboldt State University to put on a marimba concert series over the next couple days here in Arcata, which should be no surprise as local Marimba One produces some of the most sought after marimbas in the world. The concert series starts tonight at the Arcata Playhouse at 7 p.m. featuring Katarzyna Mycka (Poland), Andreas Boettger (Germany), Jean Geoffroy (France), Juan David Forero (Colombia), Conrado Moya (Spain) and Filip Mercep (Croatia) performing music by Bach, Mussorgsky, Liebowitz and Wirtz. Arts Alive is happening this first Saturday of June in Old Town Eureka, and if you stop in for some fancy beer at the Siren's Song Tavern, you'll get to hear newish local band Echo Rows performing for free. Last time I heard them play, they had a dialed-in rock sound with strong influences of '90s rock and some concise and well-played guitar leads. Rumor has it that two of the band member's toddlers may try and check out their dad's gig. Local lunar-dirge-rockers Strix Vega (myself included) join the 8 p.m. bill.