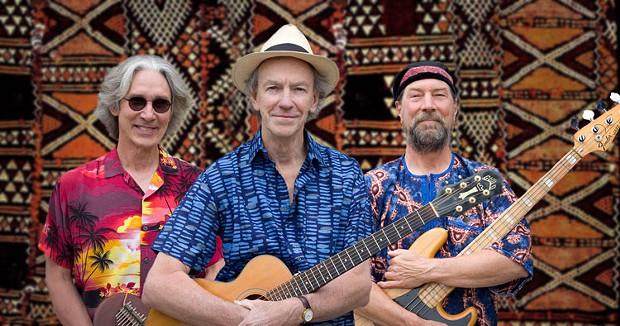 Although the Folklife Festival is now behind us, that doesn't mean you won't have plenty of opportunities to hear from bands that you caught during said festival. If you heard The Compost Mountain Boys during the Bluegrass and Beyond night of the festival and were looking forward to hearing them again, tonight's your night. Head to the Mad River Brewery Tap Room at 6 p.m. this evening to hear them for free. They'll be playing until about 8:30 p.m. or so, and dancing in the sunshine is permitted. Fellow Folklife-alum, Safari Boots will be in Arcata at the Redwood Curtain Brewing Co. at 8 p.m., also for free. These Boots are a local, yet international, group with John Howarth from Buckinghamshire on guitar joining locals Glen Nagy on bass and Charly Eitel doing the percussion thing. Their email states that they play "Soukous, mbaqanga, rhumba, plus a touch of blues and a hint of eastern scales." At first I thought those were the names of exotic instruments, but after some quiet reflection, I'm guessing they're descriptive of the types of music the band plays. Give it a listen, it's free and there will be great beer around.