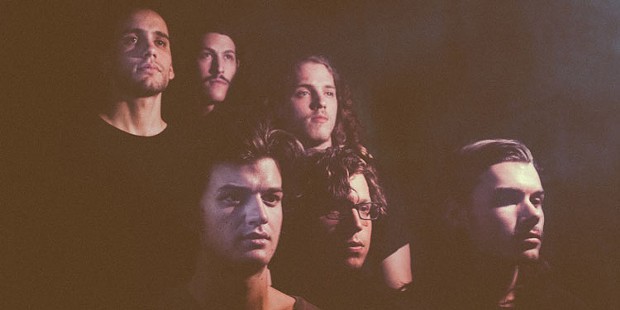 Cafe Mokka hosts some "Gypsy jazz" tonight, courtesy of Skyline Swing, who'll be doing their thing around 8 p.m. and for free. Bring the kiddos along for this one. It's a jam-packed bill at The Miniplex down the street as there's a four-band lineup for you starting around 9 p.m., when local high-altitude peyote-rockers Opossum Sun Trail start the show. Joining them from the City of Angels are pysch rockers Levitation Room who had their recent album described in Spin Magazine as "the LSD-laced cream of this year's crop, a delirious six-track mélange of paisley and malaise." Sounds like an EP and sounds like a cool delivery of trippy pop. Portland's Abronia mixes spaghetti-western tunes (ala Ennio Morricone) with "Syd-Barret-era Pink Floyd psychedelia," which sounds like a pretty awesome combo to me. I'm trying to imagine the part in The Good, The Bad and The Ugly when Tuco is hauling the man with no name around the desert with either "Flaming" or "Chapter 24" as the internal soundtrack to Clint Eastwood's character's sun-ravaged mind. Anyway, Post Animal rounds out this bill, coming all the way out from Chicago with some mellow and dynamic sounds that hint of psychedelia as well. For those of you for whom this means something, this band has Steve from the show Stranger Things. Bring $10 to get into this psych-fest. At the top of the hill in McKinleyville you'll find local funksters Claire Bent & Citizen Funk laying it down at Six Rivers Brewery at 9 p.m. and for free. At the same time, local classic rockers Triple Junction will be cranking it out in the Wave Lounge in the Blue Lake Casino also for free. They'll be playing until 1 a.m., so you've got plenty of time to catch them, but please, don't ever underestimate a local band who can entertain for a four-hour show.