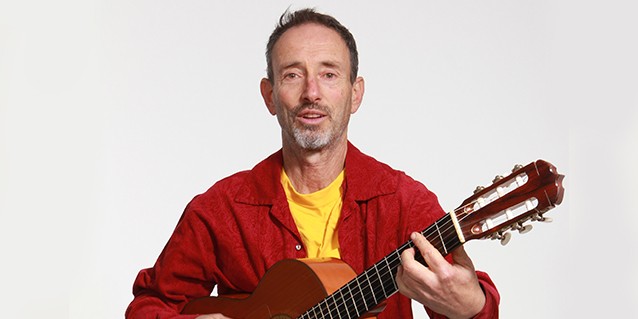 I'm embarrassed to say that I've never made it out to a Roll on the Mattole (or the Mattole Valley for that matter) in the 17 years I've lived up here but I've heard legends about the festival from many of my musician friends — nothing but glowing tales about the splendors of this event. It'll be kicking off at noon at the Mattole Grange and for $25 you'll be able to hear from Poor Man's Whiskey, Wild Otis, Stevie Culture, Vanishing Pints, Bluff Creek Boys, The John David Young Trio and more artists as well. Have a blast and enjoy the scenery. Six hours later, you'll find the Mojo Rockers playing some blues-influenced rock and funk at the Mad River Brewery Tap Room in sunny Blue Lake. The show's free but never feel bad about tipping the bad. At 6:30 p.m. at the Outer Space in Arcata (11th and M streets) there's an all-ages show featuring Nana Grizol (pop punk) from the Big Easy, Your Heart Breaks (queer pop) from Seattle and locals Roman Candles (folk punk) all doing their thing. Music ends around 10 p.m. and you'll only need $6 to get in. Willow Creek's Gallery 299 hosts locals Inscrutable Rabbit, comprised of Jeff DeMark and Mark Jeffares to celebrate the opening of their new kitchen with a dinner and party on the lawn starting around 7:30 p.m. Music's free, I believe, but you'll feel like you spent a million bucks. Also at 7:30 p.m. is a show celebrating Billie Holiday featuring Copenhagen-born singer deSTINA — hope I got the capitalization right — with local RLA Trio up at the Westhaven Center for the Arts. It's a $5-20 sliding scale tonight. Quirky pre-proto new wave/punk legend Jonathan Richman returns to Humboldt at the Arcata Playhouse at 8 p.m. Of Richman, The Village Voice declares, "There's a simplicity and ease to Jonathan Richman — Modern Lovers founder and frontman and overall pop-rock purveyor — that borders on enigmatic. This applies not only to his quirky, whimsical musical worldview, but also to the man himself. Even at 64, Richman exudes an air of boyish wonderment that cannot be fatigued." I thank the Voice for that and for helping me hit my word count. With that said, Mr. Richman is a cult-legend that deserves at least one of your ears tonight. He's joined by long-time collaborator and drummer Tommy Larkins and you can hear both for only $20.