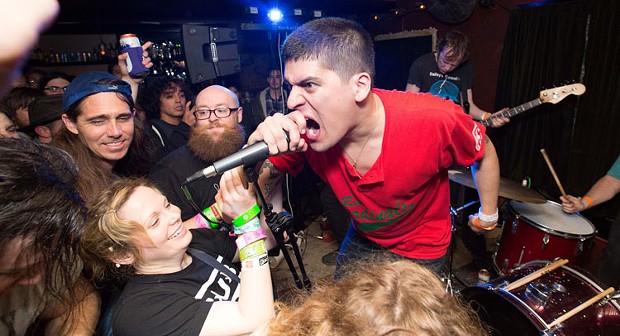 It's been festival season here on the North Coast for a bit now as we're well over a month into summer, but the jewel in Humboldt County's festival crown shines in SoHum starting today. The Mateel Community Center is putting on the 33rd Reggae on the River at French's Camp right before the Humboldt/Mendocino line. There will be more than 30 reggae and world music artists along with DJs, crafts, food vendors, camping and activities for the kiddos to boot all weekend long. You can peruse the enormous performance schedule, which boasts Slightly Stoopid, Assassin aka Agent Sasco, Sly and Robbie with Marcia Griffiths, Judy Mowatt and Cherine Anderson, Walshy Fire with Kabaka Pyramid and a host of others. Prices vary depending how many days you want to stay and if there's camping involved. DJs start around noon. Have fun, be safe and keep it mellow. Or irie. For the non-reggae crowd, you'll find folky fiddle tunes on the bill at the Mad River Brewery Tap room this evening at 6 p.m. played by Fingal for free. Out of Memphis comes "acid-tinged proto-punkers" Ex-Cult, who "bring their trademark technicolor, bad-trip vibes" to The Miniplex tonight. They're on the road supporting their recent release of Negative Growth bringing them all the way out to our West Coast. Of their album, recorded in Los Angeles, the press release states that it's a "nine-track nightmare, a death trip in the crystal ship." I don't know if that's a Doors reference but if so, I'll have to think about it for a while. Joining them is L.A.-based punk quartet Enemy and local punks Drown in Piss — what a way to go — and The Sturgeons. The show starts around 9 p.m. and $10 will get you in.