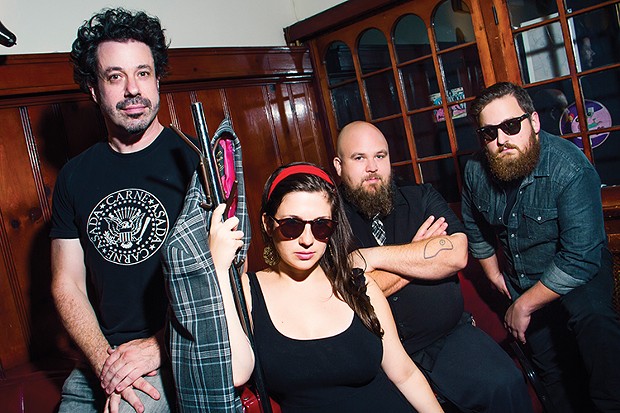 It's not often that you can find a free show from the Absynth Quartet but tonight is one of those rare nights. AQ4 will be up at the Mad River Brewing Co. Tap Room doing its polka-dot grass thing at 6 p.m. Bring the kiddos down to groove along. Out of Chicago comes the immensely talented The Claudettes, who have recently put out a really good EP called Pull Closer to Me: The Claudettes, Live in the Piano Room, which was born out of an accident at a small music festival last year in Connecticut. After the power went out at said festival, the band improvised and went acoustic for the rest of their set in the middle of the crowd and, after a standing ovation, they realized they were onto something. Out of that experience came the idea to record the acoustic-based record they're on the road with now, while working on their upcoming album due later this year. I gave a listen to their EP and the band definitely sounds at home playing around with dynamics and weaving in and out of gentle breaks and swelling crescendos. They tip their collective hat nicely to T. Rex, Pink Floyd and Otis Redding among others on these recordings. They'll be stopping by Eureka this evening at The Palm Lounge around 9 p.m. and they're only asking $5 for a cover, which is well worth it. Pick up a copy of their EP and welcome them from the Windy City.