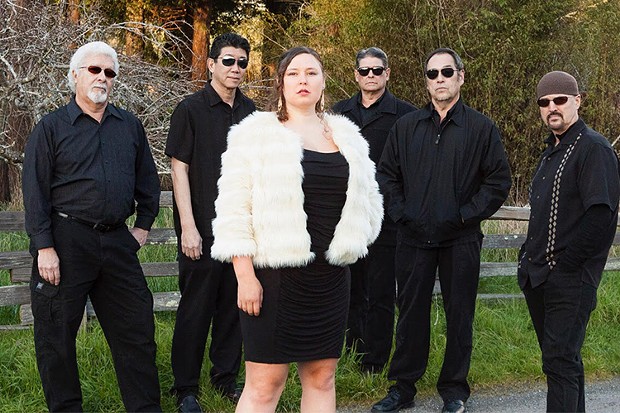 If you decide to call in sick to work tomorrow and make it a four-day weekend, start off at the Mad River Brewery Tap Room around 6 p.m. where you'll hear some jazz tunes from Fred & Jr. (no relation) for free. Enjoy some tasty local beers and if you have too many, you may in fact be sick tomorrow. Solo guitar-slinger Piet Dalmolen returns to the Redwood Curtain Brewery at 8 p.m., playing his guitar licks and loops for free. I know he won't refuse a tip, so help the guy get gas money so he can get back to Westhaven tonight. I wasn't aware anyone had blended the musical genres of cumbia and punk music, but everything's been done under the sun apparently. From East Los Angeles we have Thee Commons stopping by the Van Duzer Theater on Humboldt State University's campus at 8 p.m. Not only do they blend these two styles well — with some psychedelia thrown in for good measure — but they've also gotten rave reviews from their local press with the LA Weekly naming one of their shows in "LA's 20 Best Live Shows of 2016" so that's something to doff your hat at. I can't recall the last time I saw a $15 ticket price for a Center Arts show, so take advantage of this great deal. Claire Bent and Citizen Funk will be at the top of the hill in McKinleyville at 9 p.m. playing at Six Rivers Brewery for free, so stop in for a funky brew. What do these band names have in common: Utzalu, Ritual Knife, Zelosis and Primordial Wound? If you thought, "well, they all sound darkly overly-dramatic and therefore they must be metal bands," you are correct! Metal is on the bill at The Jam at 10 p.m. with bands from Portland, Atlanta, Whitethorn and Seattle (respectively) and $8 will get you in the doors.