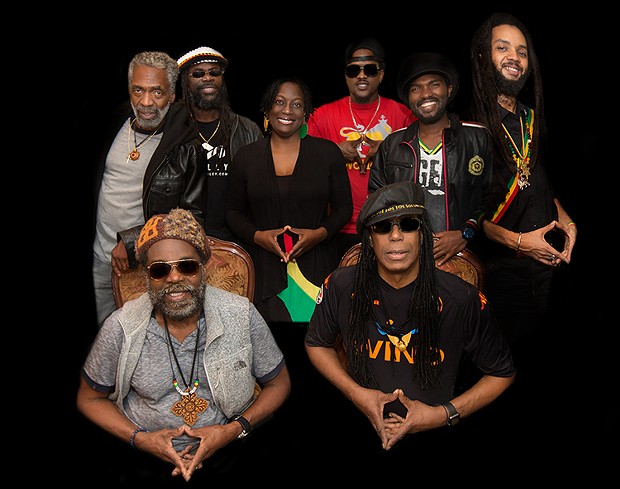 It's Day One of the North Country Fair happening in and around the Arcata Plaza so go soak up the sun and the sound of talented local musicians playing throughout the day. Local acoustic trio For Folk's Sake — who have one of the better band names — are up at the Mad River Brewery at 6 p.m. for a free show. The BPBS festival wraps up tonight with the seventh annual Production of (recurring) Dreams. Now here's the skinny for what happens here. Akira Kurosawa's Dreams, which is comprised of eight short bits, plays while eight bands perform, improvising music to go along with what you (and they) are seeing. It's a cool concept and has gone off well the past few years. Here's the lineup: Opossum Sun Trail performing "Sunshine Through The Rain;" Five Minutes Alone performing "The Peach Orchard;" Ghoulhand performing "The Blizzard;" Die Geister Beschwören performing "The Tunnel;" The Gritty Kitties performing "Crows;" Kit Lamb performing "Mount Fuji In Red;" Deep Dark Light performing "The Weeping Demon;" and Crowey with "Village Of The Watermills." This is all happening at the Sanctuary in Arcata at 7 p.m. for $12. Kingfoot and Absynth Quartet are keeping the fair groove going at Humboldt Brews at 9 p.m., and $5 gets you into this continuing party. There's a big show tonight in the Sapphire Palace in the Blue Lake Casino with legendary reggae artists The Wailers, who are stopping by for a 9 p.m. show. Only $25 gets you up close and personal with one of the world's most well-loved reggae acts. At the same time and just across the casino, local Dead tribute The Miracle Show are hoping you'll linger around the Wave Lounge during Wailer set breaks to get some of their goodness. They're playing for free and it's right by the bar, so make yourself comfortable. Car's got a boot on it? Out of gas but love The Dead? Stay in Arcata and walk over to The Jam to hear another local Dead band called Rosewater starting around 10 p.m. I'm pretty sure there's a $10 cover charge for this one and I believe I also heard that there's a special guest to be announced.