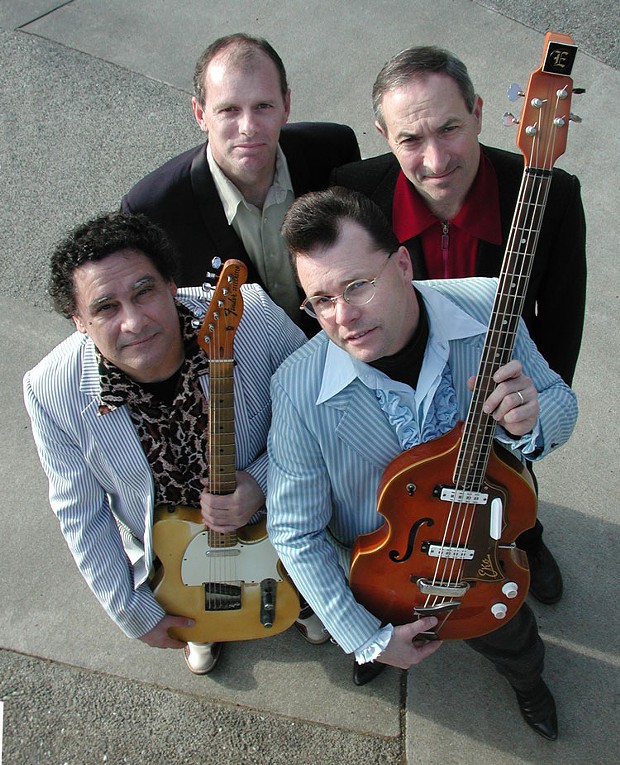 Missed Holus Bolus in Blue Lake yesterday? You can find him helping to celebrate the first anniversary of Eureka Natural Foods McKinleyville at 11 a.m. this morning. Get loopy early. Local rock chameleons the Delta Nationals return to Mad River Brewery Tap Room at 6 p.m. to play rock, swing, jazz etc. for your enjoyment. Sip a beer, soak up the sun and dance along to these local hardworking musicians. They're not asking for any of your money. Mon Petit Chou appears at Café Mokka in Arcata tonight around 8 p.m. for a free, all-ages show. Local Pink Floyd tribute band Money (the one I'm in) stops by Redwood Curtain Brewery at the same time tonight and their bass player "tells me" that they might be pulling off the Animals album again. It's a free show, so go see for yourself. Dig cover songs, but not that many from the same artist? Head up to the Wave Lounge at the Blue Lake Casino to catch local cover champions The Undercovers, who sample hits from the '60s all the way up to the 'aughts. They're on at 9 p.m. and for free. Thirty minutes later, Valley Queen plays at Humboldt Brews in Arcata. The band has just released its first EP on the heels of two singles last year. Singer Natalie Carol's strongly wavering voice reminds me a bit of Jolie Holland at points with the energy of Janis Joplin (and a touch of Melaine) stuck inside Joni Mitchell's body, if that makes any sense. Tickets for this show are $10. Local funky rockers Peach Purple stop by The Jam at 10 p.m. No word yet on the ticket price for this one but probably something in the $5-$10 range if I had to guess. And I am. Local honky-tonk superstars Side Iron stop by The Alibi to blow the roof off the joint. If you haven't seen these fellas before, you'll want to stand close before getting forced back a few feet. They're the flame. Be the moth. They're joined at 11 a.m. by local "country crooner" Gabe Rozzell for this $5 show.