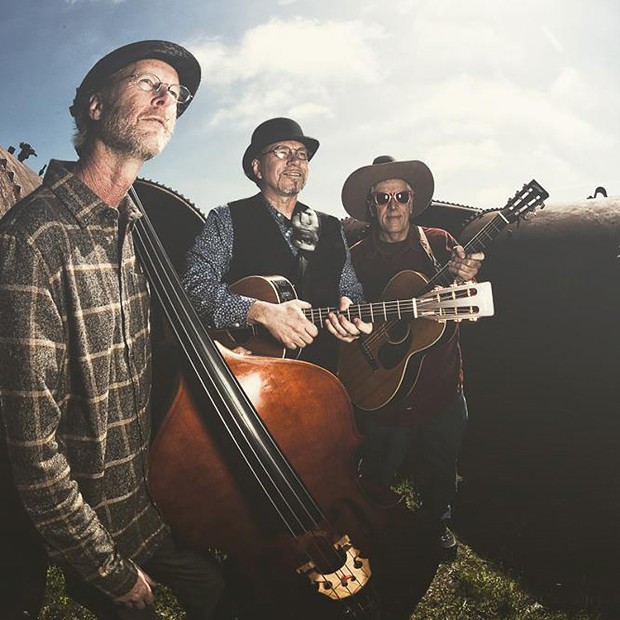 Local keyboard jammer Tomek has been helping to organize the Friday Night Live concert series in Old Town Eureka on the last Friday of each month. There are three more concerts coming up before they take a break during the cold winter months. Tonight you'll find Lyndsey Battle, from what Tomek tells me, though it's unclear which group she's playing with — maybe Daily Driver. Either way, she's very talented and always surrounds herself with great local musicians as well. The music will start around 5:30 p.m. at the gazebo in Old Town and there will be some beer and cider around from what I hear. It's free so soak it up. The U.S. Air Force Band of the Golden West — quite a title — Travis Brass is stopping by Fulkerson Recital Hall at 7:30 p.m. for a free concert on HSU's campus. There is limited seating so give the ticket office a call to reserve your ticket at 826-3928. Empresses of harmony Belles of the Levee return to Cafe Mokka in Arcata tonight for a free show at 8 p.m. Back in Eureka, the Friday Night Live After Party starts at 9 p.m. at Siren's Song Tavern with proggers LD51 and local rockers Blacksage Runners. This one's free. Around the same time, Americana trio Kingfoot returns to the Logger Bar in Blue Lake for a free show. Dead Heads and JGB lovers can rejoice because Melvin Seals and JGB make another two-night residency at Humboldt Brews in Arcata starting tonight at 9:30 p.m. You'll get big helpings of jam rock and an earful of Melvin's Hammond B-3 as they blow it away on the stage. It's $25 to get into this show.