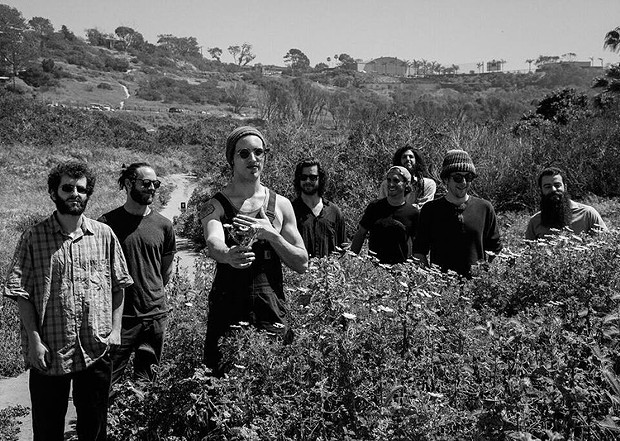 Home Cookin' has been gigging up and down Humboldt County now for more years than need to be mentioned. Comprised of a local supergroup of talent, this band always delights the diners and drinkers at Mad River Brewery, and they'll be doing just that this evening at 6 p.m. As usual, it's a free show at MRB and all ages — just keep the kiddos out on the dance floor and away from the booze. I keep waiting for an all-ages Silver Hammer show that I can make it to so I can get our son out hearing songs from his favorite band, The Beatles. Alas, tonight's not that night, but that shouldn't stop you from hearing Humboldt's favorite fab four tribute who'll be in the Wave Lounge at the Blue Lake Casino at 9 p.m. and playing for free. Even better, they're playing until 1 a.m. So that's like 150 Beatles songs. Love 'em all.

It's a big night for local something-grass band Absynth Quartet as it's releasing its newest album, What Do All These Knobs and Switches do? tonight at Humboldt Brews in Arcata. These fellas have been grass-groovin' out the dance floors for as long as I can remember and have been doing it as a quartet these past few years. They're joined at this celebration tonight by fellow locals, Diggin' Dirt with the music starting at 10 p.m. and a $10 ticket price. Pick up an album when at the show, you'll like it and you'll be supporting hard-working local musicians.
Prev
Next