Song and Dance on Screen 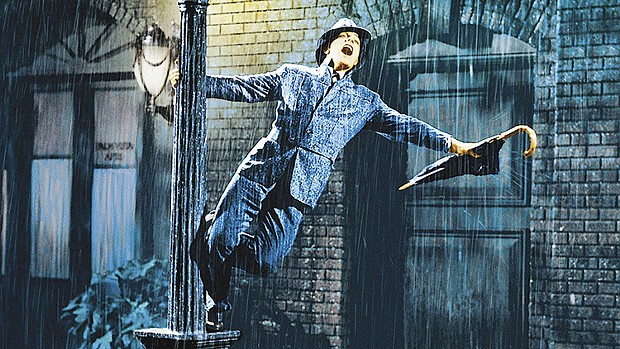 It's a new year and that means a new Library Film Series at the Humboldt County Library. The Gotta Dance: Library Film Series happening Tuesdays in January (starting Jan. 9) features classics with kick — an assortment of beloved films with all the romance and dance you can stand. And then some! Lucky for you, you can sit back and watch all the magic unfold. Grab your seat cushion and settle in for:

The Gay Divorcee–Jan. 9, 6:30 p.m. Ginger Rogers and Fred Astaire kick up their heels in this romantic musical featuring some of the best song-and-dance numbers ever filmed. Hosted by Bob Doran (free).

Stormy Weather–Jan. 16, 6:30 p.m. A showcase of the greatest African-American dancers and musicians of the '30s and '40s, including Rill Robinson, Lena Horne, Fats Waller and Ada Brown. Hosted by Michael Cooley (free).

The Red Shoes–Jan. 23, 6:30 p.m. Hans Christian Andersen's classic fairy tale about a ballerina and a pair of enchanted ballet shoes comes to the screen in this imagining that must be seen to be believed. Hosted by Journal arts and features editor Jennifer Fumiko Cahill (free).

Singin' in the Rain–Jan. 30, 6:30 p.m. Wrapping up the series is the lighthearted Gene Kelly classic about the transition of the movie industry from silent films to talkies — filled with robust dance numbers. Also starring Donald O'Connor and Debbie Reynolds. Hosted by Charity Grella (free).