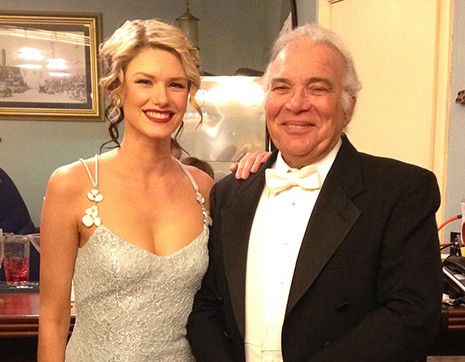 How will The Shape of Water shape up? Will the wrong envelope land in the hands of the Best Picture presenter again? Will the acceptance speeches be resoundingly more political than personal? With Hollywood stars burning out faster than you can say #Timesup, you can bet there will be drama at the 90th annual Academy Awards. See what unfolds after the red carpet unrolls at the Humboldt-Del Norte Film Commission and Eureka Theater's Oscar-night party, the Red Carpet Gala, rolling out Sunday, March 4 at 5 p.m. at the Eureka Theater ($30, $25 advance).

This party is all about glamor and fun — it's a lil' bit like Hollywood, but with all of Humboldt's charm. A great time for fun-loving film fans and local dignitaries — showing up dressed to impress, sipping craft cocktails and eyeballing who's with whom and who's wearing what. (Look good because the Journal will be snapping photos.) The event celebrates the year of filmmaking in Humboldt and Del Norte counties with local Film Friendly awards, musical entertainment by the RLA Jazz Trio and solo artist Michael Dayvid, and all the excitement of watching the Academy Awards live on the the big screen. There's an appetizer bar, prizes, champagne and cocktails from the no-host bar, and a best dressed contest with two pairs of tickets to an exclusive screening of Disney's A Wrinkle in Time on the line. See how we shine.