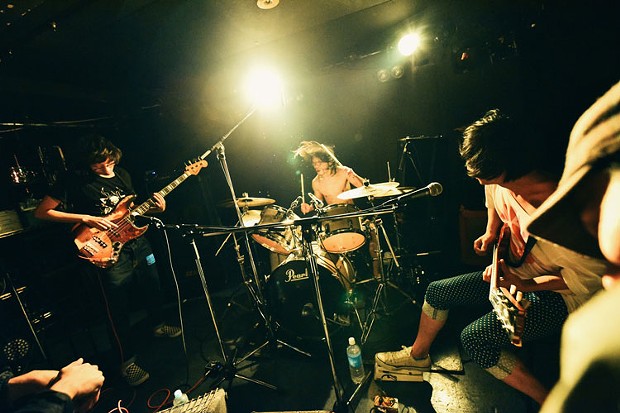 The last two decades saw a bit of a renaissance for loud and heavy Japanese psyche bands. From the melodic ecstatic glory of Boredoms to the mind-melting shatter of DMBQ, the island nation has a knack for creating bands which recycle tired rock clichés into a new sound that might be unlistenably pretentious and obtuse with Western hands deep in the mix. One such band is Green Milk From the Planet Orange, a Tokyo band whose sound is defined by the vocal and instrumental interplay of founding members A on drums and occasional synth, and dead k on guitar. The Miniplex hosts them tonight at 9 p.m. with support provided for by local metallic knockouts War Möth ($10).