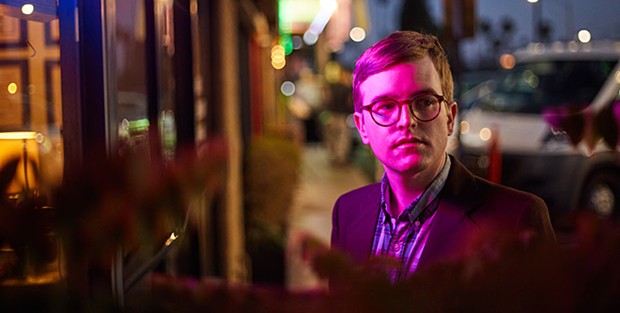 Dent May is the stage name of James Dent May Jr., a native-Mississippian with the delicate features of a young Truman Capote and a sound that gives a smooth synth sheen to decades of cool pop influences from new wave to French lounge music. He is signed to Animal Collective's Paw Tracks record label, where he is something of a poster boy for the next generation of that group's pleasantly outré aesthetics. He is joined at the Miniplex at 9 p.m. by Canada's dreamy act Moon King and local Gene Autry/Dave Gilmour hybrid Mr. Moonbeam ($8 advance).

Speaking of Dave Gilmour, local Pink Floyd tribute act Money plays two sets tonight at Humbrews beginning at 9:30 p.m. ($10/ $7 advance). Featuring visuals by local artist and tie-dye maven Marmalade Sky and my Setlist predecessor and last year's No. 7 dick move-maker (according to my editor, anyway: "Top 10 Dick Moves," Dec. 28, 2017) Andy Powell on bass/vocals/Roger Waters duty, this quartet is as good as it gets when it comes to faithfully translating the pink gospel for the North Coast crowds.