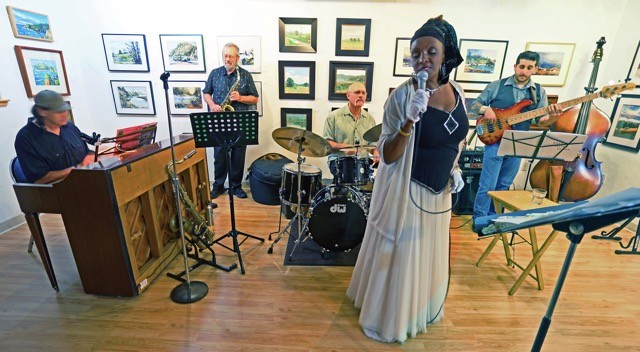 I was going to suggest going to the Old Steeple to check out the folk stylings of Greg Brown but it looks like that act is sold out. So let me hit you with two free shows and a curve ball. Local jazz trio RLA plays the Mad River Brewery Tasting Room with a little help from singer Paula Jones and Don Baraka on the sax at 6 p.m. And a half an hour later over at the Palm Lounge, singer and trombonist (tromboner is a much more psychically satisfying term to me but whatevs) James Zeller jams with his jazz trio.

Finally, beginning around 6 p.m. and for a mere $5 beverage or food minimum, the Arcata Theatre Lounge is playing the movie Blade. Not a music event you say? Fair enough but the soundtrack to this first film starring a black superhero from the Marvel Universe is an absolutely precious artifact of the late '90s hip hop/techno landscape featuring heavy cuts by Mobb Deep, Bounty Killer, Gang Starr and DJ Krush, among others. Maybe pre-game a viewing of Black Panther with this gem from 20 years ago and marvel at how far we have come.