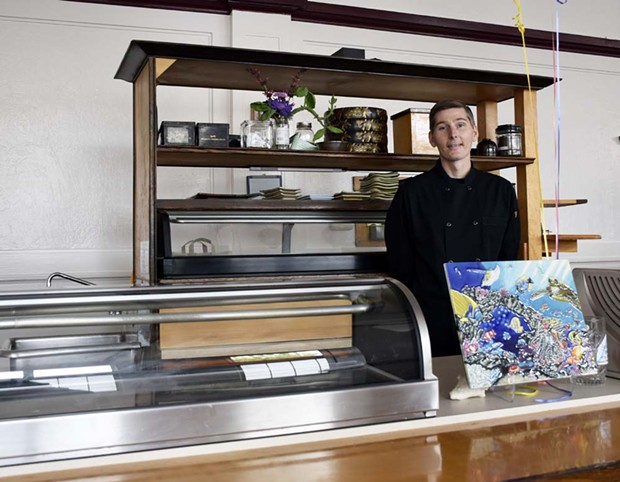 Out of the ashes — well, mostly smoke damage — of a Jan. 27 fire, comes Tomo Japanese Restaurant in Arcata, having reopened Monday night for dinner service. According to the restaurant's General Manager Josh Hand, the fire, which started by the aquarium (check your fish, folks), did plenty of damage, leaving a path of destruction into the kitchen, where the range hoods pulled the smoke, and dining room. Insurance "took a while to come through," he says, but covered the rehab. That included new carpets, paint, repairing shoji screens, replacing part of the sushi counter, cleaning out sushi counter refrigeration units and a new range, floors and other equipment in the kitchen.

Hand, who started out washing dishes at Tomo as a teenager 16 years ago and is now the head sushi chef, spent the downtime helping with the cleanup. Most of the old staff is back, though management had to hire a new sushi maker, a cook and a pair of dishwashers. For now the Arcata institution is only open for dinner starting at 4 p.m., but Hand is hopeful it'll be back on for lunch over the next few months.