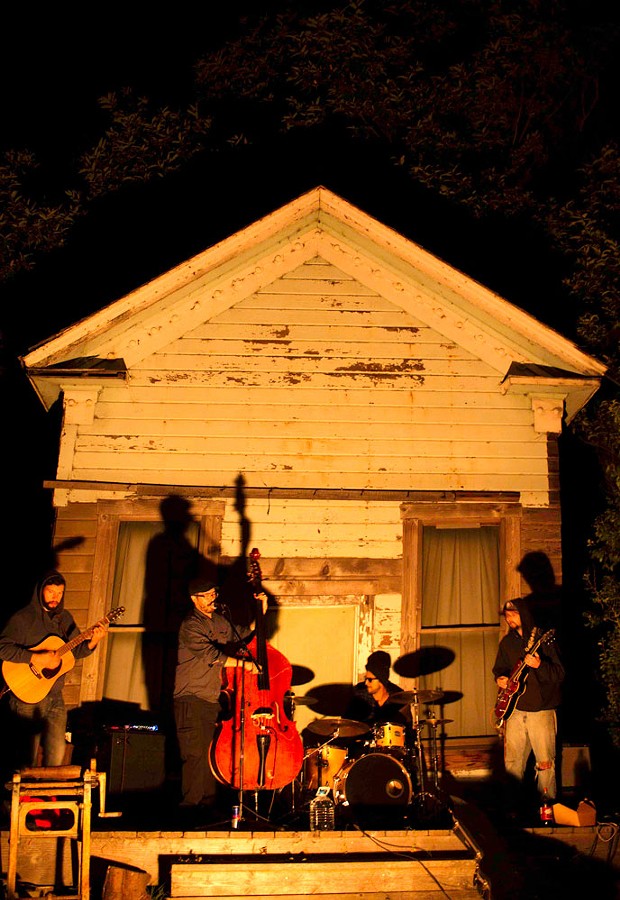 Well it's Oyster Fest in Arcata today on the plaza. Will my heroic love of bivalves win over my seething dislike of crowds? I don't yet know but I will suggest two shows to appease those who are either drawn to the spectacle or smitten by the idea of wedging a healthy distance between oneself and the bright-eyed bon vivants. For the former, The Jam is hosting a post-fest party with Grateful Dead cover band extraordinare Rosewater playing two sets. The first is an all-ages and free affair kicking off at 6 p.m. and the second is a 21-and-over adventure for $10 and will start no earlier than 9:30 p.m.

For those of you who wish to avoid the mother of pearl-tinted daytime adventures in non-kosher eating, may I suggest a free joint going down at the Vista Del Mar at 7:30 p.m. Come join fuzzy jumpers Hollow Down, punkers Dead Drift and super-weirdos CV for an evening of waterside anthems.

Rosewater Hollow Down
Prev
Next