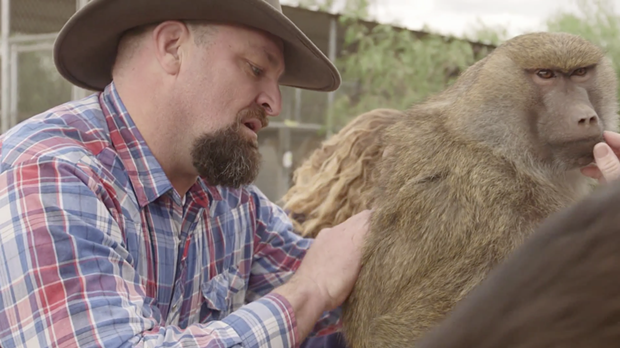 If you're looking for something to binge watch that might restore your faith in humankind (no small thing these days), you may want to hit up Wild Jobs, an online series from Animal Planet that's streaming now. Recognize host John Griffith? Yup, Humboldt's own dancing California Conservation Corps guy took his moves on the road to meet what he describes as "hardworking people who've dedicated their lives to helping animals" and pitch in. That means rolling up his flannel sleeves at animal rescue centers, beehives and rescue and wildlife hospitals. It also means clipping porcupine claws and grooming baboons. Episode titles like "Scary Squirrel Showdown," "Ape Karaoke Gone Wild" and "Sea Lion in Distress" should give you an idea of the vibe.


It's possible we're biased toward this show, as the Journal's own Mark Boyd loaned out a few members of his menagerie for Griffith's Animal Planet audition video. "Mark’s snakes and guinea pigs actually helped me land this show," says Griffith with a chuckle.

Griffith, who's still a CCC supervisor, says, "I’ve been a lifelong conservationist. I learned to read reading Ranger Rick magazines.” That and walks with his mother and grandmother along local creeks gave him an early appreciation for the natural world. He credits that connection with getting him back on track after some rough teen years, during which he dropped out of high school and ran away from home. Joining the CCC at 18, he says, turned him around. Since then, Griffiths had stints as a firefighter and a fisherman in Alaska, but he came back to the CCC in 2002 as a supervisor, mostly working in Humboldt.

That video of Griffith dancing with his team went viral in 2013 and “put eyes on me.” High Noon Productions reached out to him regarding his conservation work, eventually picking him up and pitching him to the network. (And yeah, we're throwing that in right here because you could probably use a smile right now.)

Luckily, Griffith had enough vacation time to shoot the show, which he says was time well spent. “Making Wild Jobs was like a vacation. The show is unscripted so we never really knew what was going to happen.” He says he and the crew always knew the setup, but little else. Instead, he let people tell their stories. “It was easy for me because I was interested,” he says. And sure, some people asked him to dance. But he doesn’t mind.

Among the most fascinating people he's met is Gabi Skollar from the Gibbon Conservation Center. Griffith says of the Hungarian-born conservationist, “She found out about the Gibbon center in a magazine … and so with her super limited English and limited income went to volunteer.” After the center's founder Alan Mootnick's death, she took over, "living on pennies, giving everything to the center. She works 24/7," he says. 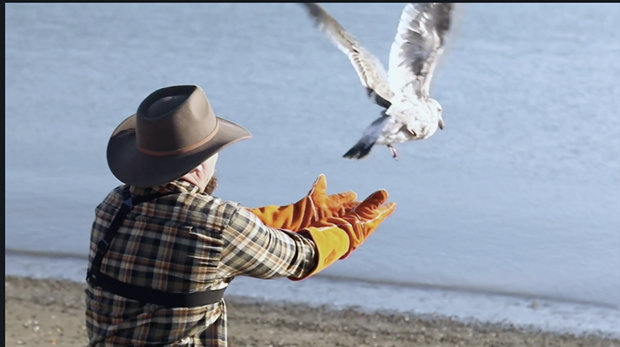 Griffith makes a trip to a couple of wildlife care centers, too. "I felt truly blessed to spend the day with them," he says, adding that he's happy to be able to amplify their message. And, he notes, “Humboldt Wildlife Care Center is doing the exact same thing ... If Humboldt viewers get inspired, they can go volunteer and donate there.” He's not sure whether there will be a second season yet but spreading the word about helping wildlife is a satisfying start.