Hollywood Star for Mayor of Flavortown 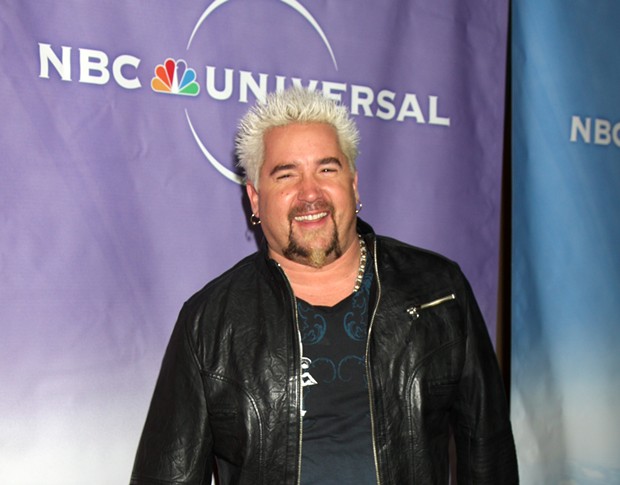 The Hollywood Chamber of Commerce has announced its "Class of 2019" inductees and among the stars of film, TV, stage and music to receive a star on the Walk of Fame is — holy moly, stromboli — one Guy Fieri of Ferndale.

No dedication ceremony dates have been announced yet but expect the host of Diners, Drive-ins and Dives (it filmed in Humboldt once, you might have heard about it), Guy's Grocery Games and Rachel vs. Guy: Kids' Cook-off  (shama-lama ding-dong, when does he sleep?) to unveil his polished pink star sometime next year. Righteous.


Here's who else is heading for the storied sidewalk along with Humboldt's favorite Donkey Sauce-slinging son.


Sidebar: Dolly Parton, Gena Rowlands, Robert DeNiro and Emmylou Harris are just getting stars now? With Alvin and the Chipmunks? Come on, Hollywood Chamber of Commerce. How did you people miss Julia Child while she was alive?

Guy, I need you to pour out some butter for my girl Julia while you're there. And for Jackie Wilson. Everybody likes butter.