Now Entering Babylon: Reggae on the River with High Times 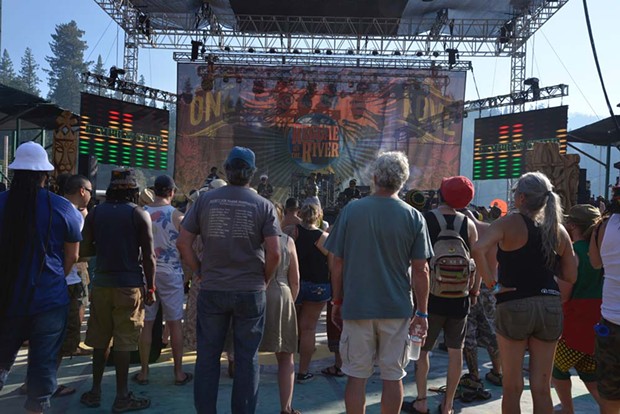 “Every time I get high/ Babylon falls.” It was late Friday afternoon at Reggae on the River and the first live musical act on the lineup was just getting started. Hempress Sativa, born Kerida Johnson in Kingston, Jamaica, was performing with her band the Unconquerebels. At the mic, the self-crowned Hempress shone in a Rastafari head wrap and floor-length brocade gown. She addressed the crowd directly in “Get High,” advocating for the legalization of cannabis even as she paraphrased Bob Marley, referencing the corrupt Biblical metropolis that Rastafarian cosmology identifies as the seat of worldly power. In the concert bowl, cannabis pong hung heavy in the air. Was Babylon falling? It was hard to tell.

This was the first time that the 34-year old festival had been presented by High Times Productions in partnership with the Mateel Community Center, its founder and longtime organizer. In 2017, a financial crisis precipitated by a decline in ticket sales and a $500,000 budget shortfall necessitated the event’s transfer from community to corporate management. Most of the attendees I met, and all the volunteers, were intensely aware of the change. (See Erica Botkin's slideshow below for photos of the stars on the stage and in the audience.)

The topic emerged naturally among a random-ish mix of volunteers and festivalgoers waiting at the Jah Motion shuttle stop in the sunny, smoky, hazy hills of southern Humboldt. Expectations diverged. “More professional,” one girl speculated. “More corporate,” her mohawked friend retorted. “Camping fees changed, so no one is camping,” a third observed. A young man who identified himself as Armando said, “They hiked ticket prices and this was not the year to be hiking ticket prices in this area. After legalization. After the bottom fell out of this economy.” In the circumstances, he remarked, “$600 plus for Ambassadors’ Club wristbands” was “steep.”

In the concert bowl, a slight institutional diffidence regarding Humboldt’s cash crop could be discerned — ironic, considering this was an event put on by High Times. It is true that the festival included vendors like Kush Taco, with its sombrero-wearing, sleepy-eyed, masa-based mascot, as well as booths hawking proprietary “catalyst mixtures” of micronutrients, scientifically optimized for hydroponic set-ups.

On the other hand, a friend texted me midway through one of the later sets to point out: “If the artists light up pot on stage, High Times turns off the video screens above the stage.” Gone were the kiosks of 2017, where representatives of local government attempted to educate the public about how to bring their marijuana grows into legal compliance.

However, the bowl held novelties. The young women selling fertilizer at one booth were matched visions of manicured glamour in the festival dust, all taut bare midriff, expert makeup and glossy curls, as if they had just been teleported bodily from an upscale vodka launch in Los Angeles. When a woman wearing a sunhat and a cutoff Stone Cold Steve Austin T-shirt inquired about a liquid fertilizer, one of these sales representatives informed her haughtily, “That’s actually for growing cannabis.” Her listener’s eyes narrowed slightly. “Actually, I’m from here. And I grow.” The saleswoman began backing slowly away from this inconvenient daughter of Humboldt, eyes widening in slo-mo panic. “Um, let me get you someone who can talk to you,” she responded. Eventually, from somewhere in back a mustachioed Arcatan emerged who was both willing and able to talk terpenes until his listeners got tired. 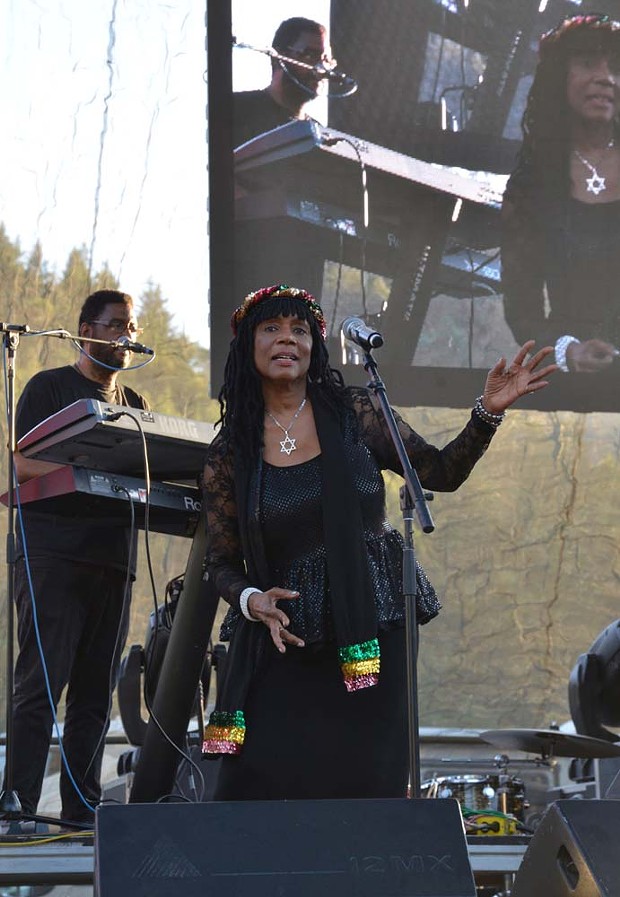 Mid-afternoon, the reggae group Israel Vibration, featuring legendary musicians Lascelle "Wiss" Bulgin and Cecil "Skelly" Spence, took the crowd back to the classics. By early evening, the pop dancehall artist Cham was pushing the BPMs up. “Put ’em up! Put ’em up!” he chanted; the crowd roared in response, waving hands in the air. In a slower number, Cham sang a version of the Michael Bolton hit “Back on My Feet Again” as “Back on my Weed Again,” portraying the decision to stop abusing alcohol and return to smoking cannabis as a return to innocence. 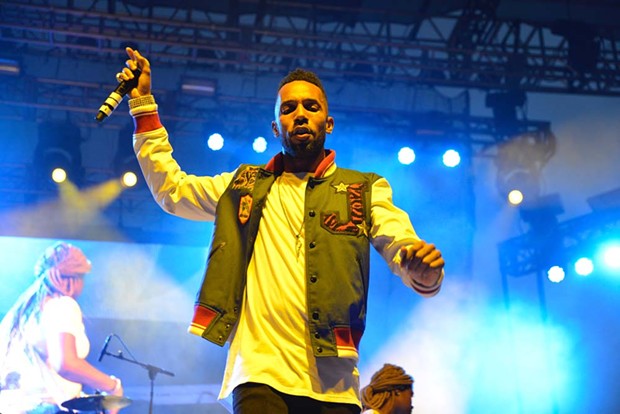 After it got dark, the festival vibe began to segue from reggae to EDM. Glow stick vendors came out. People appeared in sparkly backpacks, bracelets made from glowing latex tubes, and belly-dancer miniskirts made from jingling linked coins. One woman wore a tiara of battery-powered LED lights, another a butterfly-wing cape. Fairy wings were spotted; ditto unicorn horns and tails, plus a latex squirrel mask. Three young men wore strings of lights running up and down their arms and legs and looped around the openings of their sweatshirt hoods, so they looked like a sashaying triad of neon stick figures when viewed from a distance.

Longtime KMUD volunteer and festival emcee Agnes Patak, seated in a quiet moment atop an amplifier backstage, raised her eyes to heaven and acknowledged that volunteers “had seen some changes, for sure.” Local groups and community organizations, from KMUD Redwood Community Radio to EPIC, were less visible than they had been in previous years, and multiple members of the festival’s volunteer corps singled out organizers’ decision to cancel the traditional KMUD live broadcast as a particular loss.

By Saturday morning, one dreadlocked volunteer who did not want to give her name sat on a picnic table and vented her frustration to anyone in the vicinity: “We’re so happy you’re High Times, and you’ve come here to save us. But … let us have our volunteer backstage area. Let us serve coffee to our volunteers. Let us have our KMUD media tent, our live broadcast.”

Mike Alvino, who took time out from dancing with his girlfriend in the concert pit to talk to a reporter, said that he had been to Reggae 15 times and allowed that the crowd this year was “probably three times smaller than anything I’ve seen before.” Alvino, 41, lives in Santa Cruz now but started attending the festival “back when I used to grow weed in the hills, as a kid,” and loves coming back to Humboldt for ROTR each year. “I just hope they find a way to keep this open,” he said.

When reggae began in the 1960s, it was a socially conscious music rooted in Jamaica’s post-colonial political struggles. Its major artists chronicled the gritty reality of Kingston’s ghettos, advocating not only legalization but calling for economic redistribution in some cases, illuminating the struggle of the have-nots. Reggae was once a sound for the monied representatives of global power structures to fear, as Jamaican novelist Marlon James showed in A Brief History of Seven Killings, his fictional treatment of Bob Marley’s 1976 attempted assassination.

Thanks to that rebellious aura, reggae proved a potent global brand. But what the cannabis-reggae confluence means now, in the post-legalization era of Big Cannabis, is up for grabs.

The connection between reggae and cannabis was forged in the day when smoking weed was so outré in most places, not to mention illegal, that just inhaling could constitute a potent rejection of mainstream values. Now that California cannabis is readily available to all, so is some version of cannabis culture.

A man named Ben who said he had been volunteering since 2008 laughed, a little ruefully, when I asked about to sum up the vibe of this year’s event. “When the music plays, it feels the same,” he concluded. “But when it stops, things are a little different.”

Slideshow Reggae on the River 2018 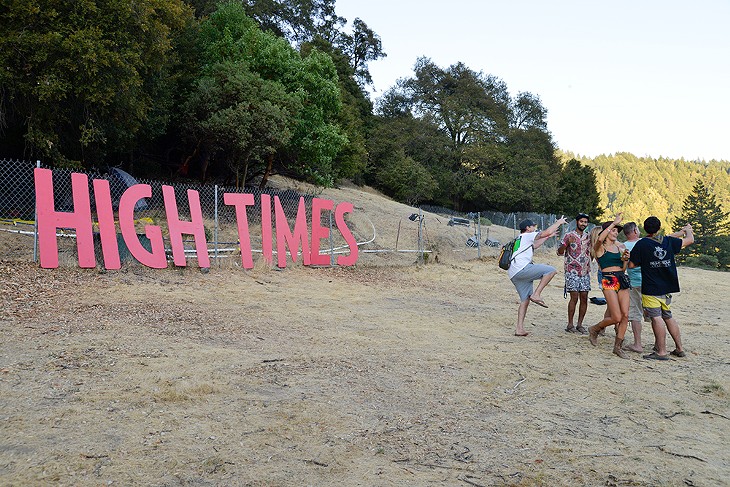 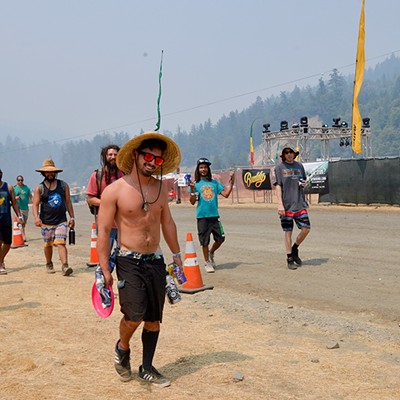 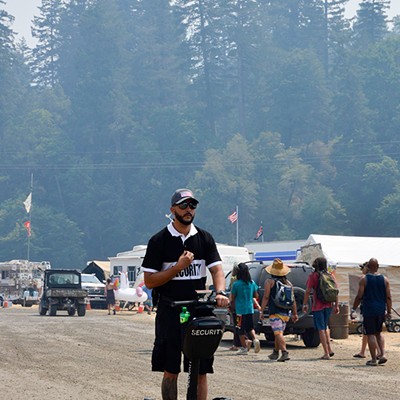 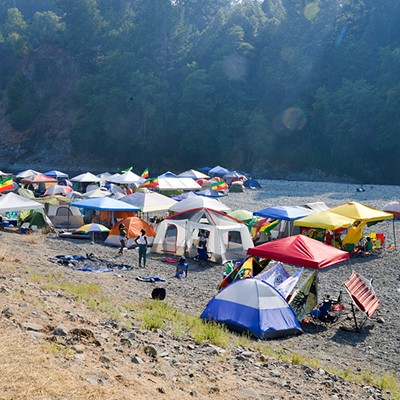 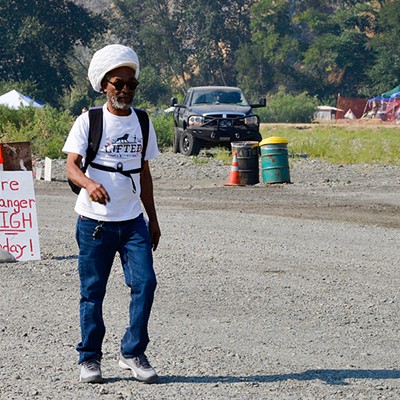 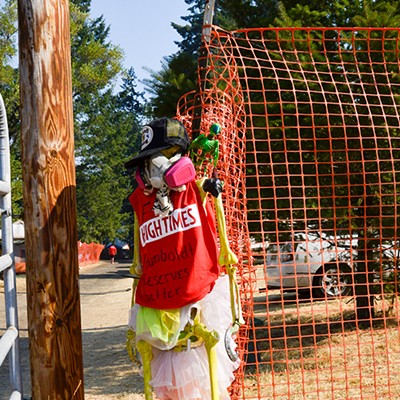 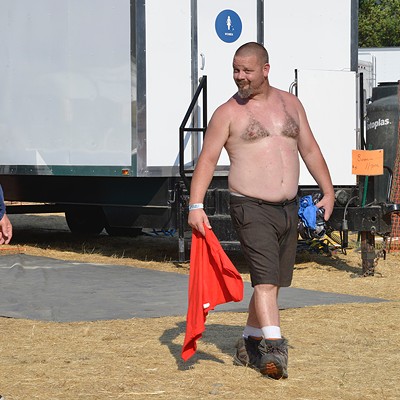 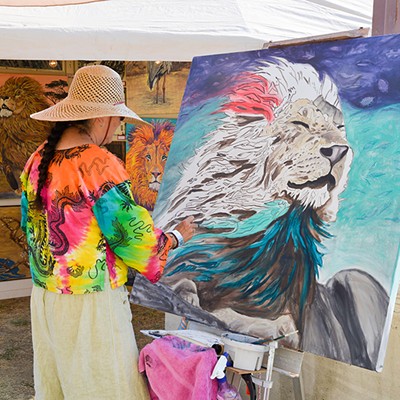 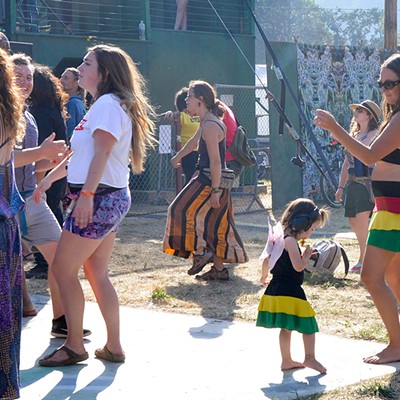