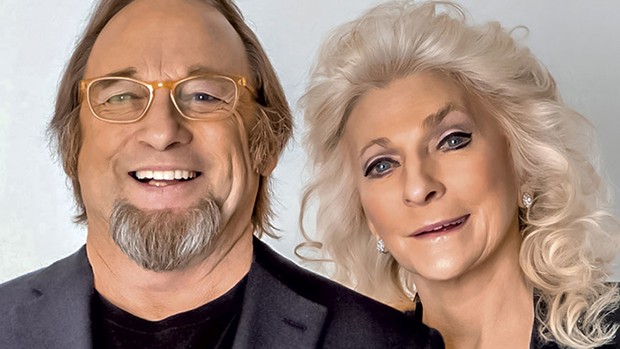 Long before I dove into the Sonic Youth school of "tuning every guitar string to the same note and droning your way through a track," I discovered an even older master of the form in Crosby, Stills, Nash and Young's Suite: Judy Blue Eyes, with its "all E's and a B" acoustic strum. Written a half a century ago by the Stills part of the equation, this light and timeless piece still inspires fresh ears who are blissfully ignorant of its kaleidoscopic baby-boomer hook-up culture origins. However, the two main players in that origin story — one an improbable survivor of the mid-century excesses of the most profligate generation since the Pharisees and the other a chanteuse and song interpreter par excellence — team up tonight at the Arkley Center for the Performing Arts for a blockbuster performance. To speak simply, Judy Collins and Stephen Stills are coming to town for a night at the opera and they are national treasures so maybe think about getting a gander while the getting is good. At 7 p.m. ($89).