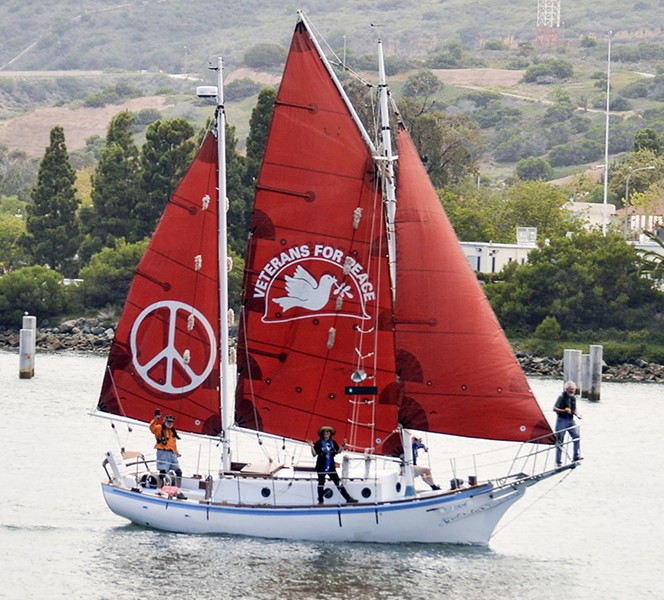 The Against the Wind Festival is a week-long, pro-peace festival created by local volunteers and featuring art shows, lectures, workshops, music, film and theater, all centered around raising awareness of the danger of nuclear armaments and nuclear war. Events take place Oct. 14-21 around Humboldt County, with most of the happenings at the Arcata Playhouse.

Funds raised support the mission of the Golden Rule, the first vessel to attempt disruption of a nuclear test in protest against nuclear weapons in 1958. (Quick history: It was raised from Humboldt Bay and restored to sail-worthy condition by members of Veterans for Peace and other volunteers.) The cash will help fuel its voyage to Hawaii, the Marshall Islands and Japan for the 75th anniversary of the bombing of Hiroshima.