This Thing On? Savage Henry Opens its Own Club 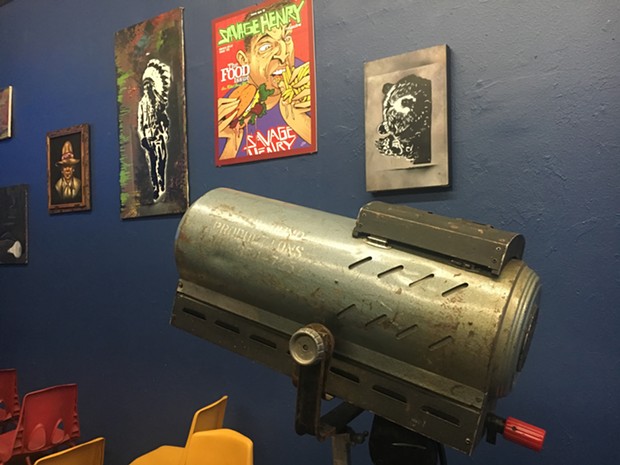 Depending on how long you've been in Humboldt, you might remember when the space at 415 Fifth St. in Eureka was Live in Humboldt, the Empire Lounge or the Red Fox Tavern. And now it's reborn as the Savage Henry Comedy Club. While a couple of shows have already broken in the stage, a hodgepodge collection of chairs are lined up for a grand opening Friday night.

Savage Henry's Chris Durant, who co-founded Savage Henry Magazine in 2010 and started the sprawling annual comedy festival in 2011, says the club idea has "been on the back burner for about three years." Around May, it moved on to a serious to-do list that included a beer license application that's now only weeks and one form away from completion. Until that comes through, his hope is to have nonprofits pouring drinks at shows.


Durant says he's thrilled to have the space in Eureka. "We tried Arcata forever because that was our base for so long," but landlords with concerns over parking and noise presented more obstacles than he could overcome. But regular Savage Henry comedy shows at Big Fish Vape Lounge and Northtown Coffee will continue as shows in Eureka ramp up.

With weekend gigs and alcohol sales, Durant thinks the club can work financially. That includes paying comics some real money. When splitting the night's take with a club "sometimes the cut at the door won't be enough to pay for their gas up here," says Durant. But he's hopeful that the organization having its own shop will change that. And it had better.

Advertising in the magazine has been "falling through the floor," he says. "It's easy to blame legalization but it's probably the economy in general." Publication is now on a loose schedule but the hiring of a new sales manager has Durant optimistic.

The Grand Opening on Friday at 9 p.m. ($15) features comics with some cred, including Wayne Davis, who's appeared on Conan, Last Comic Standing, WTF w/Marc Maron, CMT. Local comics Nando Molina, Evan Vest, Alec Cole and Jessica Grant will be on stage, too.

Durant will be behind the scenes. "I leave it to the pros," he says. "I just like putting shows together."