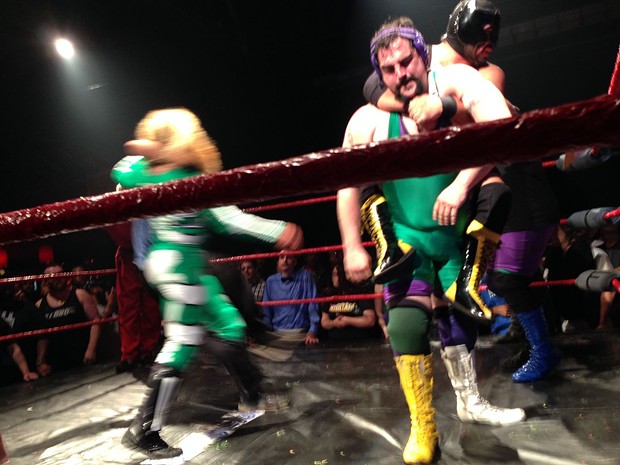 I am old fashioned in my wrestling tastes, having formed and left all of my aesthetics back in the late 1980s when I was a very small child and therefore at the peak of my development as far as appreciation of the sport goes. Hulk Hogan ruled over a menagerie filled with the likes of Jake the Snake, Ric Flair, Andre the Giant and the Iron Sheik, while Jesse "The Body" Ventura was a B-lister at best and much better remembered as a color commentator. Suffice it to say, the seeds are planted deep for wrestling fanboy-dom but have thus far yielded no grain. Perhaps that will change for me tonight when Oakland-based wrestling troupe Hoodslam takes over the Eureka Municipal Auditorium at 8 p.m. The unorthodox and free-wheeling wildmen will shake, rattle and roll the turnbuckles in a tailor-made Humboldt production with Savage Henry called Emerald Triangula. Broseph Joe Brody presides over the night with live music provided by the Hoodslam Band at 8 p.m. (21+, $20).